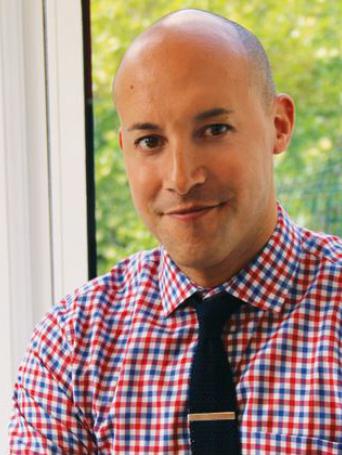 Alan van Capelle is an Adjunct Professor of Public Service of NYU’s Robert F. Wagner Graduate School of Public Service. He is also a nationally recognized leader in the field of civil rights and social justice. As CEO of Educational Alliance, he leads a network of community centers offering social, educational, cultural and recreational services, programs, and events to the diverse population of downtown Manhattan.

Selected by the Jewish Daily Forward as one of the “Forward 50,” Mr. van Capelle catapulted Bend the Arc into the forefront of the national progressive landscape as CEO and represented the American Jewish community in his speech at the 50th Anniversary of the March on Washington. Also chosen by the New York Observer as one of New York’s top “power gays,” Mr. van Capelle won major victories for LGBT rights as Executive Director of the Empire State Pride Agenda. In forming partnerships with labor unions and faith communities, he paved the way for marriage equality in New York, while more than tripling Pride Agenda’s budget.

Mr. van Capelle began his career as an organizer and contract negotiator in the labor movement, eventually running the day-to-day political operations of the Service Employees International Union (SEIU) Local 32BJ, the largest and most powerful building service union in the country. He served as Deputy Comptroller for the City of New York, where he advised the agency on all matters involving public policy, media, and community relations. He has also served as a member of the New York City Banking Commission.

Mr. van Capelle has been named to the National Leadership Council’s “40 under 40” list, and has been quoted by The New York Times, CNN, New York 1, Newsweek and New York Magazine. Mr. van Capelle has served on the transition committees for Governor Eliot Spitzer and Attorney General Andrew Cuomo. He was also selected as an elector of the 2008 New York Electoral College.

A lover of all things New York, Mr. van Capelle serves on the Board for the Association of a Better New York (ABNY) and the Association for a Better New York Foundation. He is also a member of Manhattan's Community Board 3, where he will advise on a variety of matters affecting the Lower East Side. In 2016, he was appointed by Mayor Bill de Blasio to the Children's Cabinet Advisory Committee.

Mr. van Capelle earned his MPA from the Robert F. Wagner School of Public Service at New York University and holds Bachelor of Science degree from the City University of New York.

Mr. van Capelle lives with his partner, Matthew Morningstar, on the Lower East Side where they are raising their two children, Ethan and Patrick.

Culture -- the system of shared assumptions, values, meanings, and beliefs, which informs the behavior of individuals --  is perhaps the most salient variable mechanism that influences organizational performance (Schein, 2017). Successful leadership of nonprofit organizations largely depends on how closely institutional practices align with professed public values. Strong organizational culture fosters innovation, supports collaboration, and advances impact. Presuming a basic grounding in the structures and roles of nonprofit organizations, this course explores the values that lie behind them, drawing on the instructor’s extensive experience in supporting cross-sector global and mission-driven organizations, advancing DEIB strategies, and managing partnership and funder relationships. Expect a course on exploring  organizational culture and how it informs and influences the vision, mission, internal systems and structures, budget, employee performance and satisfaction, external brand identity and, ultimately, the organization’s success.

Successful leadership of not-for-profit organizations depends to a greater degree than is generally recognized on how closely institutional practice aligns with professed public values. Presuming a basic grounding in the structures and roles of the non-profit world, this course explores the values that lie behind them, drawing on the instructor’s 35 years of experience in managing global, national and state-based organizations with an emphasis on social justice and human rights groups as well as a series of case studies from other non-profits, positive and negative, and relevant literature.

Some classes, by prior arrangement, will take place onsite in certain of the non-profit organizations studied, with the participation of key leadership of those institutions. These may include Human Rights Watch, Make the Road New York, Demos, the Open Society Foundations, the Opportunity Agenda, New Visions for Public Schools, the Freedom to Marry Campaign, the Center for Community Change, the New York Public Library and the Surdna Foundation.