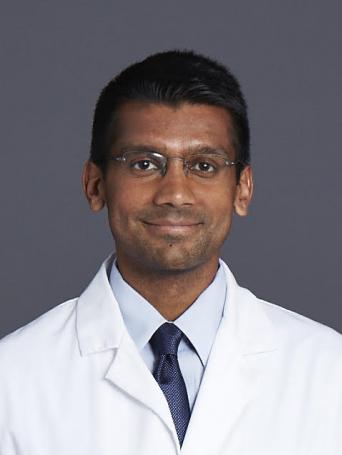 Dave A. Chokshi, MD, MSc, FACP is a primary care internist at Bellevue Hospital and Clinical Associate Professor of Population Health and Medicine at the NYU School of Medicine. From 2014-2020, he served in leadership roles at NYC Health + Hospitals, the largest public health care system in the nation, including as its inaugural Chief Population Health Officer and CEO of the H+H Accountable Care Organization. Dr. Chokshi built and grew an award-winning team dedicated to health system improvement, spanning innovative care models and analytics, primary care transformation, social determinants of health, community-based care management, chronic diseases and prevention, and value-based payment.

Previously, Dr. Chokshi served as a White House Fellow and was the principal health advisor to the Secretary of Veterans Affairs. His prior work experience spans the public, private, and nonprofit sectors, including positions with the New York City and State Departments of Health, the Louisiana Department of Health, a startup clinical software company, and the global nonprofit Universities Allied for Essential Medicines (UAEM).

Dr. Chokshi has written widely on medicine and public health including in The New England Journal of Medicine, where he serves on the editorial board of NEJM Catalyst, and JAMA, where he contributes to the JAMA Forum. He serves on the Board of Directors for the Primary Care Development Corporation and as Chair of the Clinical Advisory Council for RubiconMD, a health technology company. In 2016, President Obama appointed him to the Advisory Group on Prevention, Health Promotion, and Integrative and Public Health.

Health systems around the United States are embracing new models of primary care using interprofessional team-based approaches in pursuit of better patient outcomes, higher levels of satisfaction among patients and providers, and improved overall value. Less often discussed are the implications of new models of care for health professions education, including education for physicians, nurse practitioners, physician assistants, and other professions engaged in primary care. Described here is the interaction between care transformation and redesign of health professions education at the largest integrated delivery system in the United States: the Veterans Health Administration (VA). Challenges and lessons learned are discussed in the context of a demonstration initiative, the VA Centers of Excellence in Primary Care Education. Five sites, involving VA medical centers and their academic affiliates in Boise, Cleveland, San Francisco, Seattle, and West Haven, introduced interprofessional primary care curricula for resident physicians and nurse practitioner students beginning in 2011. Implementation struggles largely revolved around the operational logistics and cultural disruption of integrating educational redesign for medicine and nursing and facilitating the interface between educational and clinical activities. To realize new models for interprofessional teaching, faculty, staff, and trainees must understand the histories, traditions, and program requirements across professions and experiment with new approaches to achieving a common goal. Key recommendations for redesign of health professions education revolve around strengthening the union between interprofessional learning, team-based practice, and high-value care.

Reconsidering the Politics of Public Health

Community Health Workers — A Local Solution to a Global Problem

Improving Population Health in US Cities

The Cost-Effectiveness of Environmental Approaches to Disease Prevention

“Lost to Follow-up:” The Public Health Goals of Accountable Care

The Affordable Care Act made admirable strides toward the “triple aim” of reducing health care costs, increasing health care quality, and improving the health of the community at large. A key element of reform is the accountable care organization (ACO), which restructures health care delivery such that networks of providers are held responsible for a group of patients they serve. The recently announced Medicare ACO program lays the foundation for 2 of its 3 major goals by allowing ACOs to share in any cost savings, provided they meet quality criteria. Yet it seems that the public health goals of accountable care—arguably the most important of the 3—have been left behind. To better address public health goals, we propose a novel method for quality reporting within ACOs: introducing an “expanded denominator” that attributes patients to a health system if they have ever been seen within the system. An expanded denominator would ensure that ACOs are held accountable not only for patients already engaged in primary care but also for patients with fragmented care and high-risk community members not receiving adequate care. Ultimately, payment reform in Medicare, and potentially Medicaid, must support this new approach to quality measurement for it to have lasting ramifications.

As comparative effectiveness research becomes a more prominent feature of clinical medicine, investigators and policy makers would do well to seek lessons from prior examples of this type of research. Our analysis of previous examples reveals lessons in three key areas: choice of comparison treatments, time frame of study, and widespread applicability of study results. Based on our observations, we offer suggestions for increasing the clinical applicability of comparative effectiveness research, such as employing surrogate endpoints that meet a specific threshold of validity. Future trials that address these areas of concern hold the greatest promise for improving patients’ outcomes.

The intersection of two trends in health intervention has the potential to fundamentally change the practice of medicine. First, research into the social determinants of health is revealing the mechanisms by which living conditions cause disease. Second, the restructuring of primary care around preventive interventions represents the convergence point of medicine and public health. These trends have profound implications for medical education. Whereas traditional educational paradigms favor a “bottom-up” approach to disease—focusing on molecular origins or organ systems—new paradigms must emphasize the entire causal chain of ill health to facilitate the understanding of novel interventions available to tomorrow’s clinician.

Closing the Access Gap for Health Innovations: an Open Licensing Proposal for U…

Background: This article centers around a proposal outlining how research universities could leverage their intellectual property to help close the access gap for health innovations in poor countries. A recent deal between Emory University, Gilead Sciences, and Royalty Pharma is used as an example to illustrate how 'equitable access licensing' could be put into practice.

Discussion: While the crisis of access to medicines in poor countries has multiple determinants, intellectual property protection leading to high prices is well-established as one critical element of the access gap. Given the current international political climate, systemic, government-driven reform of intellectual property protection seems unlikely in the near term. Therefore, we propose that public sector institutions, universities chief among them, adopt a modest intervention – an Equitable Access License (EAL) – that works within existing trade-law and drug-development paradigms in order to proactively circumvent both national and international obstacles to generic medicine production. Our proposal has three key features: (1) it is prospective in scope, (2) it facilitates unfettered generic competition in poor countries, and (3) it centers around universities and their role in the biomedical research enterprise. Two characteristics make universities ideal agents of the type of open licensing proposal described. First, universities, because they are upstream in the development pipeline, are likely to hold rights to the key components of a wide variety of end products. Second, universities acting collectively have a strong negotiating position with respect to other players in the biomedical research arena. Finally, counterarguments are anticipated and addressed and conclusions are drawn based on how application of the Equitable Access License would have changed the effects of the licensing deal between Emory and Gilead.

Improving Access to Medicines in Poor Countries: The Role of Universities

Genomic epidemiology is a field of research that seeks to improve the prevention and management of common diseases through an understanding of their molecular origins. It involves studying thousands of individuals, often from different populations, with exacting techniques. The scale and complexity of such research has required the formation of research consortia. Members of these consortia need to agree on policies for managing shared resources and handling genetic data. Here we consider data-sharing and intellectual property policies for an international research consortium working on the genomic epidemiology of malaria. We outline specific guidelines governing how samples and data are transferred among its members; how results are released into the public domain; when to seek protection for intellectual property; and how intellectual property should be managed. We outline some pragmatic solutions founded on the basic principles of promoting innovation and access.