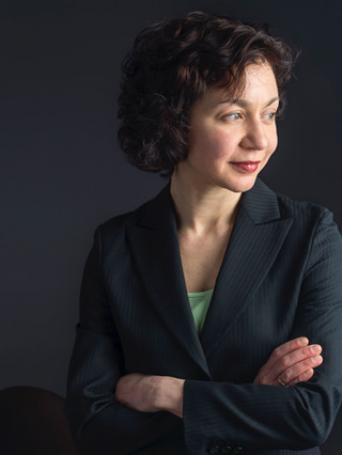 Meera Joshi is the outgoing Commissioner of the New York City Taxi and Limousine Commission (TLC), where she oversees the largest private for-hire ground transportation industry in the United States, making a million trips a day. Under her leadership, the agency has fostered tremendous diversity, growth, and innovation in the taxi, car service, ride-hailing, and commuter van industries while maintaining the highest standards of public safety and consumer protection. Commissioner Joshi initiated programs that have made TLC a national leader in data collection, accessibility for individuals with disabilities, protecting drivers' pay, and traffic safety.

Commissioner Joshi is a vocal advocate for the value robust transportation data brings to policymakers and citizens alike, and under her tenure NYC became the first city in the nation to mandate granular trip data from large app operators like Uber and Lyft.  By making much of this data public, she has become a leader in the Open Data movement. Under her tenure, NYC has created the largest wheelchair accessible for-hire fleet in the country, including a program that centrally dispatches a wheelchair accessible taxi on demand to anywhere in the five boroughs, and created the first pay protection for drivers of app services like Uber and Lyft in the nation. TLC serves as one of the lead agencies in New York’s citywide "Vision Zero" program and promotes traffic safety through a comprehensive suite of education, outreach, enforcement, and technology promotion programs.  Through these efforts fatalities involving TLC vehicles were reduced by 50%.

Before serving as Commissioner, Meera Joshi was TLC’s Deputy Commissioner for Legal Affairs and General Counsel.  Prior to that, she served as the first Deputy Executive Director of the New York City Civilian Complaint Review Board, the agency tasked with investigating complaints of police misconduct. She also served as an Inspector General for the New York City Department of Investigation and was responsible for overseeing New York City’s Department of Correction, Probation, Juvenile Justice, and the TLC.

Meera received her B.A. and J.D. from the University of Pennsylvania and resides with her family in Brooklyn.

In recent years—and with increasing speed—global cities are exercising their authority to regulate e-hail services such as Uber, Ola, Lyft, and Didi. This report, by the NYU Rudin Center for Transportation, describes the current and future regulatory strategies of 13 international cities for e-hail services. To craft stronger regulation in the future, cities can learn from each other's regulatory approaches to leverage the power of shared information. To compete in the future, e-hail services can adapt their business models to meet increasing government regulation.

Regulation targets the same urban challenges the services were expected, but have yet, to solve. E-hail service in cities was predicted to reduce car dependency, yet their success has often added to vehicle congestion in city centers. As a result, the introduction of e-hail services has served as a catalyst for cities to implement new policies and fees aimed at congestion mitigation. Working for an e-hail service was promoted as offering an easy, flexible way to quickly supplement income. Yet today, millions of e-hail drivers are pressing for government regulation to protect driver pay and to improve working conditions.

Although cultures, currencies, languages, and road systems differ among nations, growing e-hail services pose similar challenges for their dense cities. Cities must continue to focus their regulatory attention on key areas in order to ensure that the explosive growth of e-hail services does not inhibit the rapid and safe flow of vehicles in their jurisdiction. These include data access to set and maintain service standards; fees to generate local revenue for public transit, infrastructure, and accessibility; policies to limit the environmental effects of more cars on the road; and regulatory protection for millions of passengers and drivers.