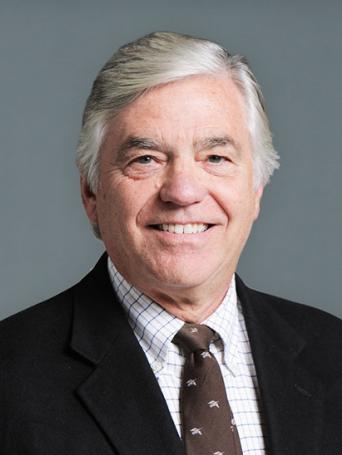 William N. Rom MD, MPH has been at NYU since 1989 as Professor of Medicine and Environmental Medicine, and with Wagner since 2005 after a sabbatical with Senator Hillary Rodham Clinton.  In the Senate as a Legislative Fellow, Dr. Rom worked on bills to promote electronic medical records, environmental public health tracking, wilderness, air pollution and responses to dust exposure after the collapse of the World Trade Center.  He was Director of the Division of Pulmonary, Critical Care, and Sleep Medicine at NYU School of Medicine for 25 years.  His research is on early detection of lung cancer, environmental lung disease, TB/AIDS, and policy related to air pollution and climate change.  He directs the William N. Rom Environmental Lung Disease Laboratory at NYU/Bellevue Hospital Center.  His grant portfolio included directing the Clinical Research Center for 16 years, RO1 grants on TB/AIDS, founding and directing the NYU Lung Cancer Biomarker Center for early detection of lung cancer, and a T32 training grant in environmental health for 20 years.  He is editor of four editions of Environmental and Occupational Medicine, two editions of Tuberculosis, Environmental Policy and Public Health: Air Pollution, Global Climate Change, and Wilderness, and Global Climate Change and Public Health. He has published over 300 peer reviewed articles.  He founded the American Thoracic Society's Environmental Health Policy Committee that advocates science-based air pollution standards.  He was a Fellow in the Department of Interior on National Parks and was a Senior Investigator at the NHLBI, NIH for 6 years deciphering the mechanisms of asbestosis.  He was the Founder and Director of the Rocky Mountain Center for Occupational and Environmental Health at the University of Utah.  He was a wilderness canoe guide in the Boundary Waters Canoe Area Wilderness and Quetico for 8 years, is a member of The Explorer's Club with four flag expeditions, and is the author of Canoe Country Wilderness published by Voyageur Press.  He is a climate and environmental scientist advocating and communicating solutions for the 21st century.