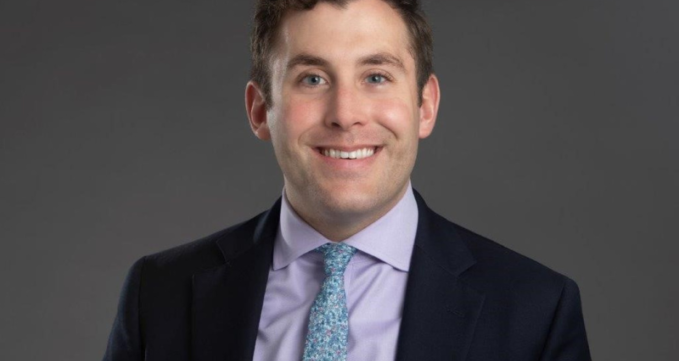 "I was able to see how social and health policy are essentially interchangeable," writes Christopher Nolan (MPA-HPAM 2013), who serves as Director of Anchor Initiatives, Community Health Improvement at BJC HealthCare.

The Jewish Emergent Network (JEN) is the umbrella organization connecting seven Jewish community organizations across the US. These seven member organizations are collectively committed to revitalizing the way Jewish Americans explore their religion and spirituality with traditional and creative practices. JEN’s goal is to amplify each member organization’s work and utilize their collective power to transform Jewish life. JEN engaged a Capstone team to help develop its new strategic plan and future programming. The team carried out a literature review and environmental scan and held stakeholder focus groups, using its findings to conduct a SWOT analysis. The team’s recommendations focus on utilizing JEN’s strengths to provide opportunities for leadership development, relationship building, and resource sharing, while also identifying ways to expand the JEN community.

Trenton, New Jersey has faced a major uptick in gun violence in recent years, particularly among the city’s youth, and the COVID-19 pandemic has exacerbated the social, economic, and health issues behind it. The Trenton Mayor’s Office engaged a Capstone team to create a strategy to combat the city’s rise in gun violence by rehabilitating blighted areas. The team analyzed data provided by the city to identify the most crime-ridden areas in Trenton, researched news stories, journal articles, and demographic data, and conducted comprehensive interviews with a variety of stakeholders, including local high school students. The team’s findings included root causes of gun violence, youth needs, and existing intervention mechanisms, and led the team to focus its recommendations on redeveloping vacant buildings and transforming them into useful spaces that fulfill community needs. The team’s final report proposes a program that would engage community members, especially youth, in the demolition, rehabilitation, and installation of new buildings.

Citizens Committee for Children of New York (CCCNY) is a New York City-based nonprofit that advocates for policies that enhance the lives of young people. CCCNY enlisted a team to develop strategies to enhance its civic engagement techniques, widen the reach of its impact, and inform the development of an online advocacy hub. The team conducted a literature review to research best engagement practices, including digital usage, and performed a field scan to gain insight into the current civic engagement landscape. The team provided CCCNY with a final report that includes recommendations on techniques for overall and online civic engagement, as well as sample systems and content to guide CCCNY in the launch of its advocacy hub.

Local Initiatives Support Corporation (LISC) is a national nonprofit organization dedicated to community development that works to bridge the gap between government, foundations, and for-profit companies, and community residents and local institutions. LISC engaged a Capstone team to assist with its financial stability and economic development initiatives that provide low- and moderate-income populations with essential tools and skills for job seeking and money management. The team initiated this process with a market scan to identify existing financial products that target these populations. The team developed a comprehensive product guide—to be used throughout LISC’s network of financial and career coaching service centers—that lists optimal savings and credit-building products as a roadmap to financial well-being for low- and moderate-income individuals.

The Action Lab is a young organization that fosters interdisciplinary and cross-movement spaces for learning, gathering, and reflection. Its four anchor initiatives aim to find shared strategies for action, help change-makers build and sharpen social justice skills, understand how arts and culture drive social change, and create resilient healing spaces. The Action Lab engaged a team to further its goal of reconceptualizing relationships to social justice organizing and transformational spaces. Working to shape and actualize the modalities of each initiative, the team built out four resource lists, dialogued with senior program staff, and provided practitioner and speaker suggestions for the lab’s programs. The team’s deliverables to the client included a bibliography of sources and accompanying reflections, a presentation with speaker recommendations, and logistical assistance with future programming.

State-level progressive advocacy organizations are vehicles for driving social change in the US, especially in the context of congressional gridlock. However, many of these organizations struggle to reach key audiences through their communication strategies. To better understand and address this gap, the Capstone team conducted over 75 interviews with executives and communications directors at statewide progressive organizations across the country. The team found a shared recognition that effective communications should be culturally infused into an organization’s goal setting, campaign planning, internal processes, and culture writ large. The team also found that organizations working to transition their communications work from a support service to a core strategic function lack support in making this change. The team designed the Narrative Change Leaders Workshop as a nonprofit social enterprise to fill this gap by providing executive directors with the training and coaching needed to build organizational communications capacity to frame social issues and debates within states.

Diana Mao (MPA 2008) is the Co-Founder and President of Nomi Network, an organization that she first envisioned creating during her time at NYU Wagner.

When Ali Knight (MPA 2007) stepped into the role of CEO at Fresh Lifelines for Youth (FLY) in the summer of 2020, he was stepping into a leadership position during a time of momentous change.