Spotlighting the Best Policy Innovations from Around the Globe

In 2013, NYU Wagner and the Center for an Urban Future published two reports (see below) profiling the best policy innovations from cities across the U.S. and around the globe, offering a roadmap to mayors and municipal officials about which policy reforms implemented by cities in recent years have been most effective and have the most potential for replication. Coming at a time when cities have become the clear drivers of government innovation, the reports spotlight on recent municipal innovations implemented in cities ranging from Seattle and Chicago to Memphis and Minneapolis.

This was followed by a third report (see below) published in November 2016, which highlights the ways in which mayors and city managers are using new approaches to address some of the biggest challenges facing society, whether combating entrenched poverty, financing new infrastructure projects, or protecting the environment. The report profiles 15 of the most innovative urban policies launched by cities over the past decade, highlighting pioneering programs that were launched in cities from Chicago and Seattle to Nairobi and São Paulo.

The reports, which were funded by Citi, draw upon hundreds of interviews with mayors, agency chiefs, policy experts, academics, business leaders, labor unions and philanthropic foundations, identifies some of the boldest and most inventive urban policy reforms of the last decade. 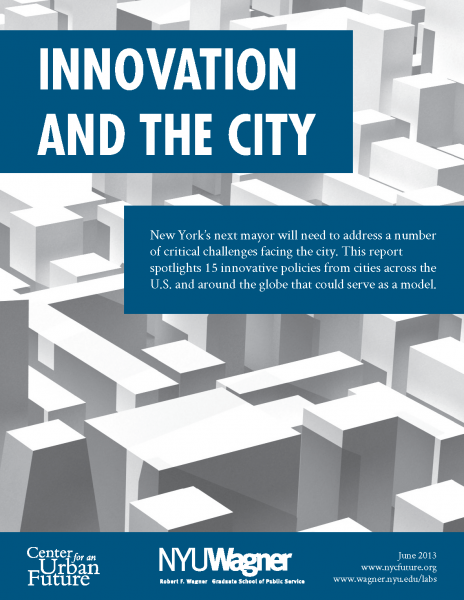 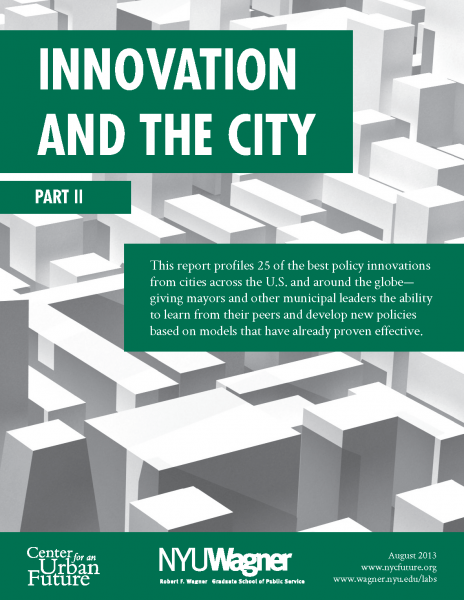 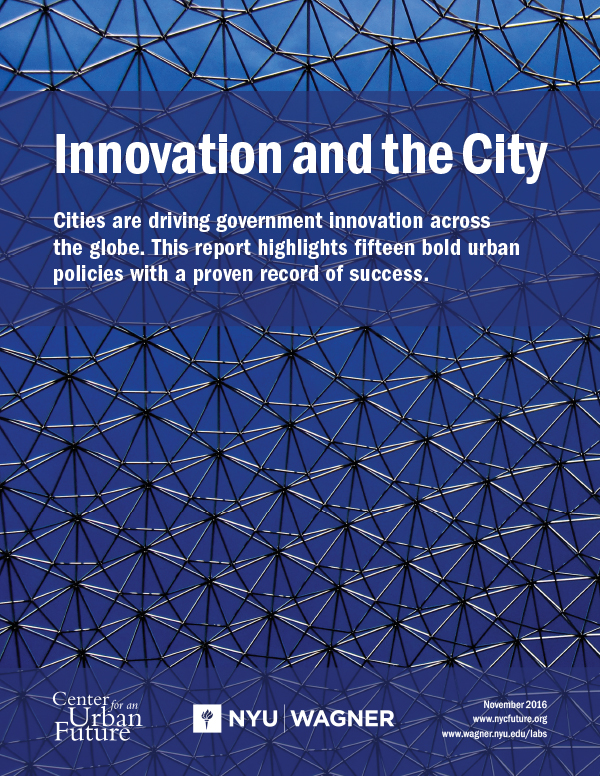 In June 2013, the Center for an Urban Future and NYU Wagner hosted a forum featuring prominent urban experts and policymakers to discuss why cities from New York to Seattle have recently emerged as the primary laboratories for government innovation and experimentation, what mayors are doing to unleash innovative ideas within their administrations, how to make new policy initiatives scalable, what policy areas could still benefit from major policy innovations and whether there are downsides to the current focus on policy innovations.