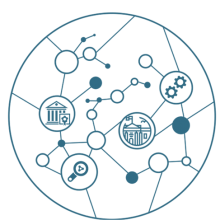 The NYU Center for Urban Science and Progress and NYU Wagner are working with support from the Ewing Marion Kauffman Foundation to create a national network of Urban Data Research Centers that engage cities, researchers, and foundations to build an independent, trusted, and statistically valid basis for decision-making.

The project builds on the current momentum around data analytics in municipal government and on university campuses, with a goal of developing a roadmap to bring two currently separated communities together around results-driven work that cannot be accomplished alone. In so doing, we will:

This project aims to bring together two powerful movements taking root in cities across the nation. The first is a growing demand from mayors, city managers and citizens alike for data to improve services and policymaking. Cities have built dashboards, initiated predictive analytics and smart sensor projects to better deploy resources. The second movement is the rise of a new set of data institutes nested within universities that are dedicated to the accumulation and analysis of large and diverse administrative data. These ‘data facilities’ are charting a new type of research that moves away from artisanal and individual scholarly efforts to a more operational, data science focus.

This effort will culminate in a “roadmapping” workshop in Washington, DC on July 11, 20126 with a goal of identifying a pathway to join those two movements. We will determine how an infrastructure can be established to allow cities to address complicated data challenges by building an independent, trusted, and statistically valid basis for decision-making.

We recognize that public officials and universities have rarely worked in concert to address local priorities and challenges. But a foundation has been built. Cities for their part have begun to staff up new data analytic offices and to align traditionally siloed municipal agencies around evidence-based reform projects. Universities such as NYU and the University of Chicago have dedicated staff and monetary resources to construct data facility infrastructure that address issues of storage, provenance and privacy.

Resources are also beginning to be provided by national foundations that are supporting joined-up efforts in many cities across the country. Now is the time to build a roadmap that identifies what cities need in terms of data capacity and ensures that university infrastructure is constructed in response to city priorities and in a way that advances independent research goals.

This effort began in 2014 with funding from the MacArthur Foundation to pinpoint exactly how to construct a national data network. Last year the Kauffman Foundation provided support for the completion of this alignment project. To date, there have been two workshop sessions; one just for cities and one for universities and a phone survey of 20 local government data officers. This process has led to a clear affirmation of city interest in the benefits that can accrue from a city/university data network. Concretely, three key components have surfaced from our discussions as key components of a national data platform. These include (i) a searchable repository of documents and reports that have been produced by cities around urban problems (ii) a collaborative environment in which city/state/federal agency staff and scholars can work together using city data and (iii) a data based R&D sandbox that supports workforce training and education.

At the culmination of this project we expect to produce a clear roadmap that will be used to identify the gaps and opportunities associated with building an urban data network and help guide the focus of philanthropies committed to both place- and evidence-based grantmaking.