A Primer on Hyperloop Travel: How far off is the Future?

By Joanna Simon Supersonic travel in pods through frictionless tubes may sound like the basis for the next George Lucas creation, but it may be a reality in the near future. Planning for high-speed travel via a Hyperloop system is underway and could drastically reduce travel times between major cities. [caption id="attachment_4657" align="aligncenter" width="507"] 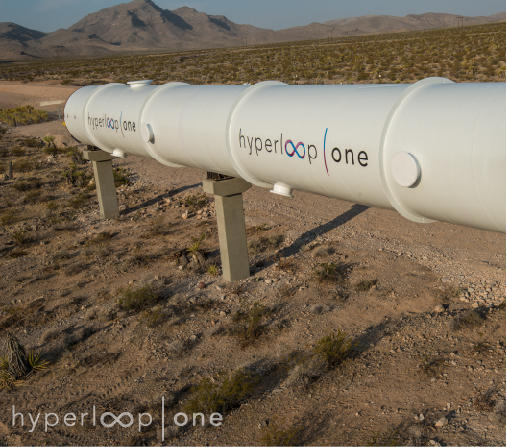 Hyperloop One Desert Tube[/caption] What is Hyperloop? The Hyperloop is a proposal for high-speed inter-city travel through steel tubes, in pod-like vehicles, for both passengers and cargo. This technology is estimated to reduce travel time from Los Angeles to San Francisco to a mere 35 minutes, a trip that takes even the fastest of drivers 5 hours to complete. How does it work? Hyperloop infrastructure consists of steel tubes, either underground in tunnels or elevated, which serve as a mechanism to transport pods. The tubes create a near-vacuum environment and utilize air and friction resistance technologies to transport pods at speeds faster than airplane travel. The technology is energy efficient: it requires relatively low power, and some companies suggest that the entire system can be powered via solar panels (however, some experts are skeptical). What’s in a travel pod?             Several versions of passenger travel pods will exist, including a standard coach pod resembling economy airplane seating, a meeting pod with tables and angled chairs and a sleek and comfortable lounge cabin. [caption id="attachment_4659" align="aligncenter" width="474"] 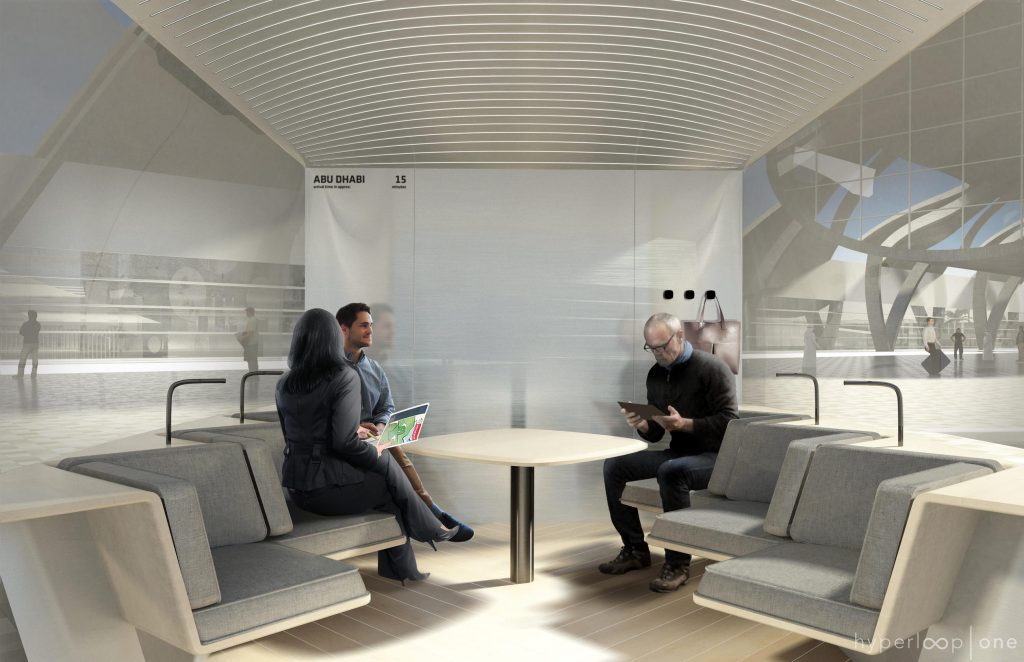 Hyperloop Pod Rendering[/caption] How will a Hyperloop ride feel? The idea of riding in a small and windowless capsule may raise concern for some passengers; engineers are working to consider comfort factors. They are also considering how to minimize pod vibration, as even the slightest tectonic movement could cause a jolt that would be felt while traveling at near-sonic speeds. Where will Hyperloop be built? Several companies are currently working to perfect the technology and have developed route proposals around the world. Many of these proposals are in development stage and have completion forecasted for 10-20 years from now:

How much will it cost to build? Hyperloop One, the company spearheading the California project, is privately funded. Their estimates show that the project will cost $5.4 billion and gross $300 million in annual revenue. How much will it cost to ride? With route and pod design still underway there have been few estimates to how much a single ticket to ride the Hyperloop will cost. Some design teams claim that it will cost the price of a bus ticket, but few actual figures are currently available. What challenges exist? Cost: Concerns are widespread about Hyperloop’s feasibility and success, particularly considering construction and testing costs. Much of this work relies on unproven technology; it is not yet known how much it will cost to bring it to reality. Safety: Hyperloop travel is arguably safer than other transportation options: the system is enclosed, protected from the elements and controlled by pressure and internal dynamics, making it immune to human error. However, experts are concerned about the availability of oxygen in the chamber should an unexpected event result in a loss of pressure. Additionally, emergency braking and power outage scenarios are currently being tested. Policy: Hyperloop infrastructure, whether above or below ground, will pass through towns, other cities and will disrupt public and private resources. A feasibility study of land use issues and potential human impact is needed to move forward. Connectivity: One of the biggest concerns with the Hyperloop system is its’ potential connection to other modes of transportation. A 35-minute trip from Los Angeles to San Francisco could be doubled if the destination is downtown, but the docking stations are 30 minutes outside. Demand: As driverless cars become more of a reality, they will make highway driving safer and more pleasant. Driverless cars may become more appealing to travelers, as they will provide door-to-door transport, rather than the less convenient and Hyperloop.   Information sources: Hyperloop One Business Insider