Gloria Campbell, Research Assistant at the NYU Rudin Center for Transportation, traveled to Hong Kong earlier this month for a graduate course with NYU Steinhardt. Here, she describes her observations of the city’s pedestrian infrastructure. 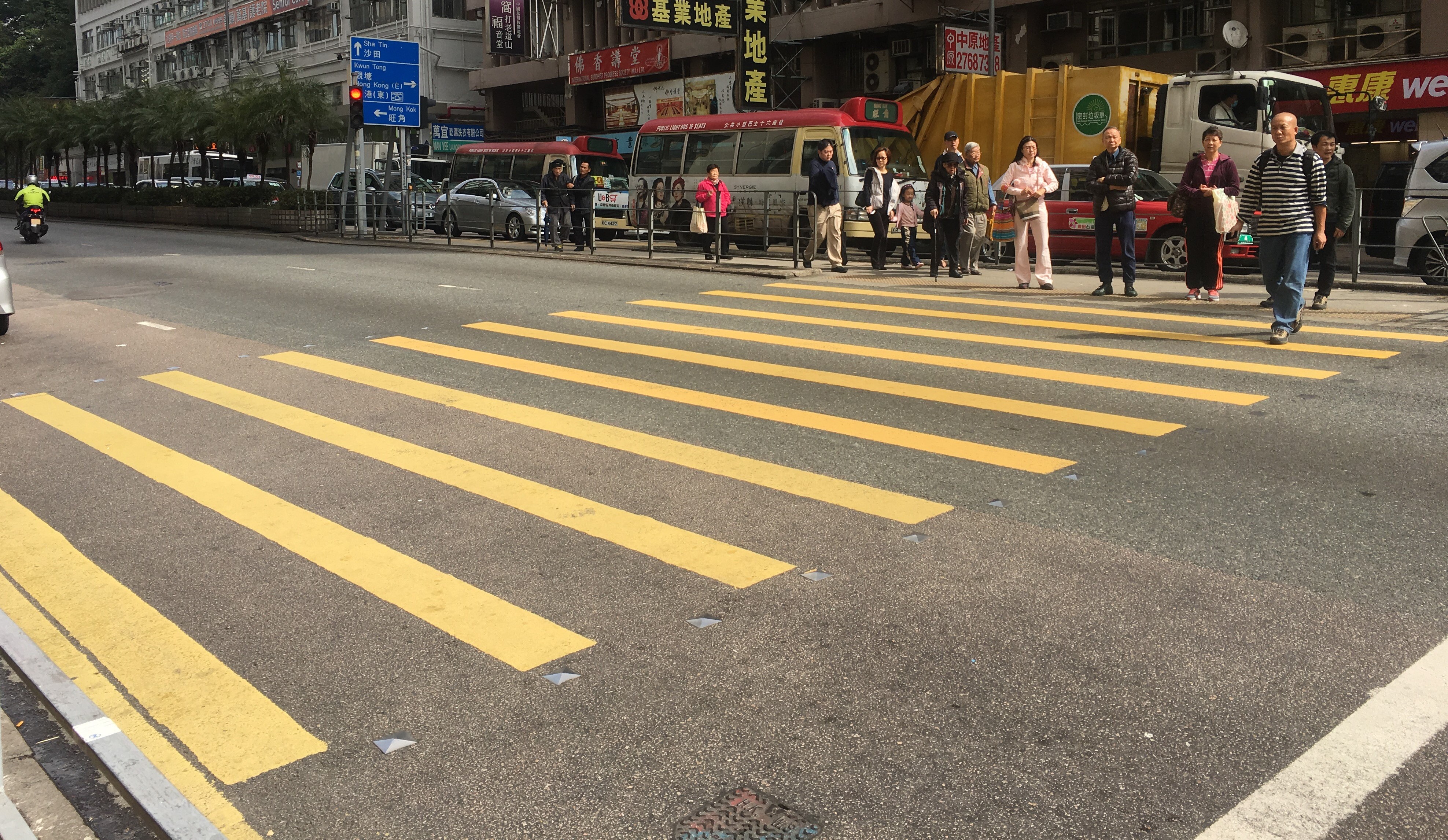 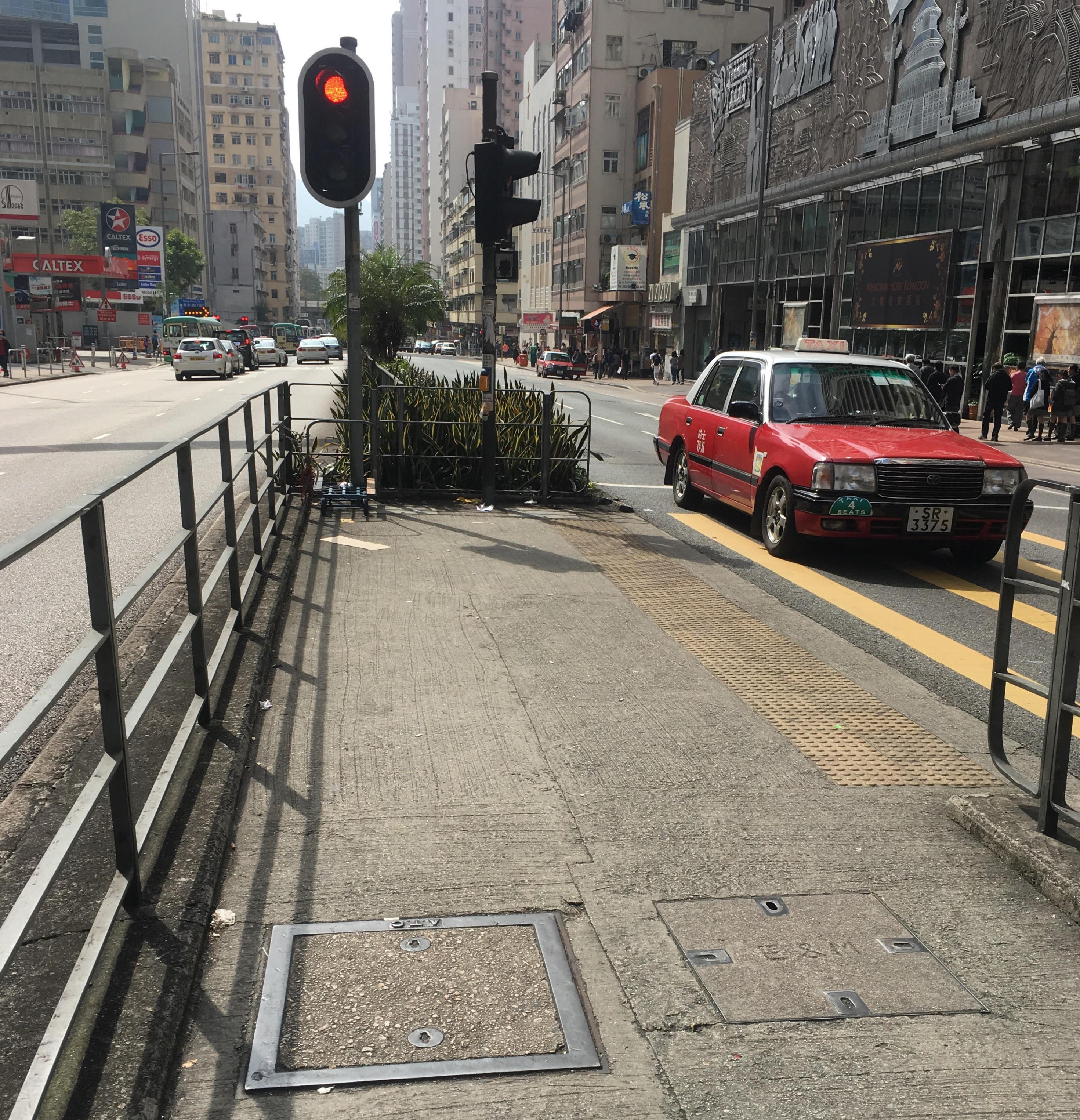 As a former English territory, Hong Kong drivers use the left side of the road. Similar to London’s pavement markings, Hong Kong’s cautionary markings reading “Look Left/Right” in English and Cantonese remind pedestrians to watch for oncoming vehicles. They also remind pedestrians which way to look on one-way roads. 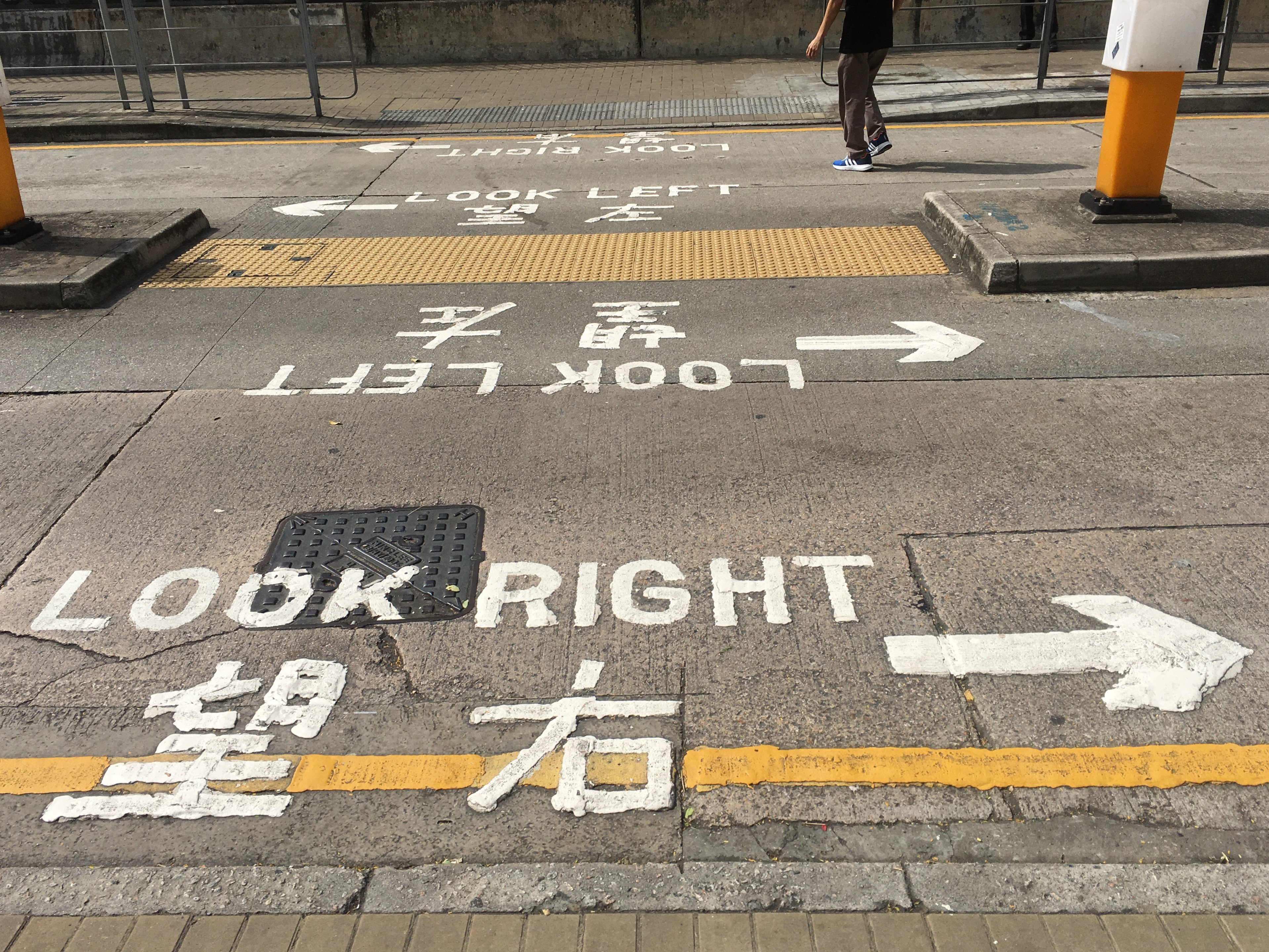 Hong Kong Island’s Central district is home to the city’s financial hub. Situated uphill from Central, the Soho and Mid-Levels neighborhoods are known for high-end bars and restaurants, as well as steep terrain. The Central-Mid-Levels outdoor escalator, built in 1993, connects the neighborhoods, serving both commuters and tourists. With street-level entrances and inclined moving walkways (instead of stairs), the escalators are accessible for all users.

However, this level of accessibility is not exhibited on ground below. Central, Soho, and Mid-Levels are known for narrow, sloping streets and sidewalks. On streets frequented by pedestrians, people spill out onto the roadway. Sidewalks are split with stairs, and slender thoroughfares jeopardize safety. They are not accessible for all potential users. 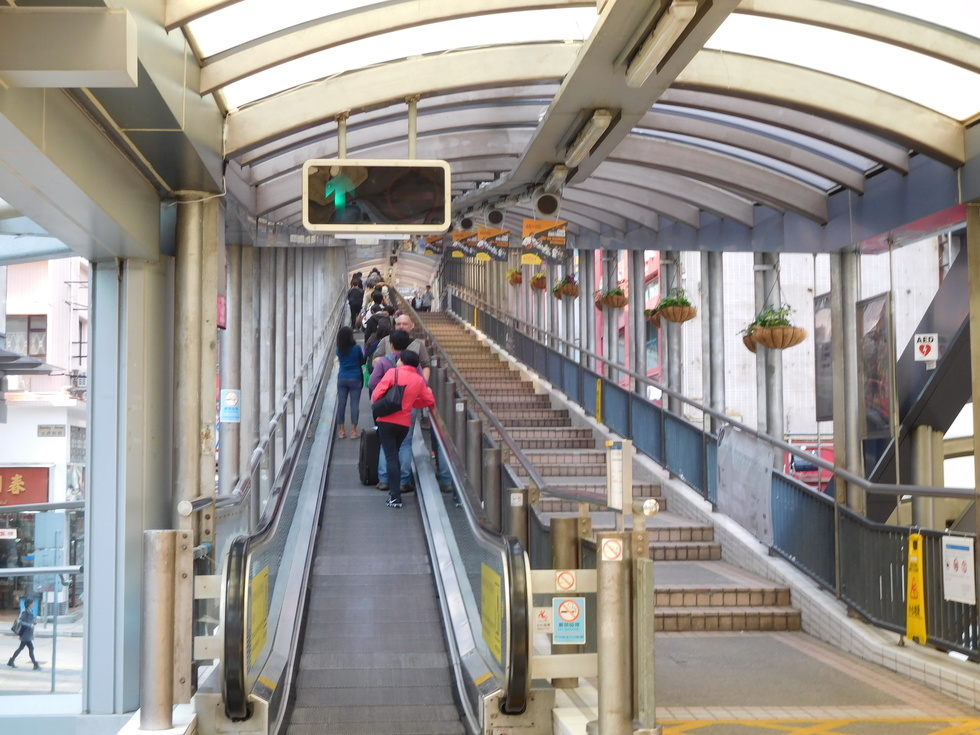 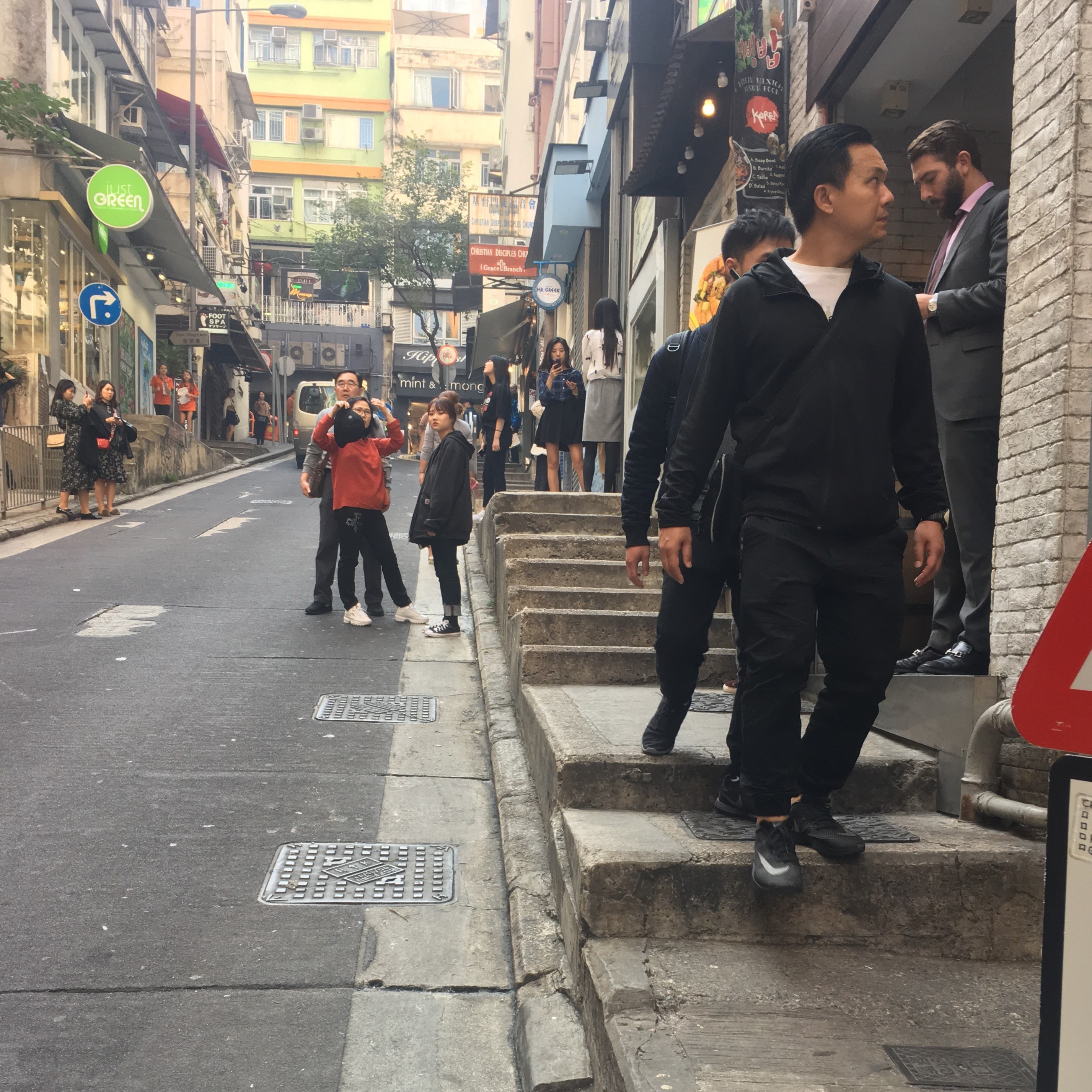