Some key findings from the analysis are:

● Speeding among drivers analyzed is most common along the Henry Hudson Parkway on the Upper West Side of Manhattan, though the Belt Parkway,
Gowanus Parkway, and Brooklyn Queens Expressway also see a large number of speeders. (See Map 1, below)
● Hard braking events, which are connected to unsafe conditions for pedestrians and cyclists, are concentrated in downtown and midtown Manhattan, as well as Downtown Brooklyn. (See Map 2, below)
● 92% of drivers operating on 50 MPH streets late at night were driving above the posted speed limit.

The report’s findings have profound implications for urban transportation policy, especially when it comes to improving the understanding of how drivers interact with their built environments. The study found that drivers have a tendency to accelerate quickly between traffic calming infrastructure installations, like speed bumps, which can lead to dangerous situations for pedestrians. The real-time data has the potential to influence how the City penalizes drivers by allowing them to concentrate policing efforts in speeding hot spots. The data could also be a source of new revenue by allowing for the implementation of mileage fees for city drivers.

The full report can be downloaded here. 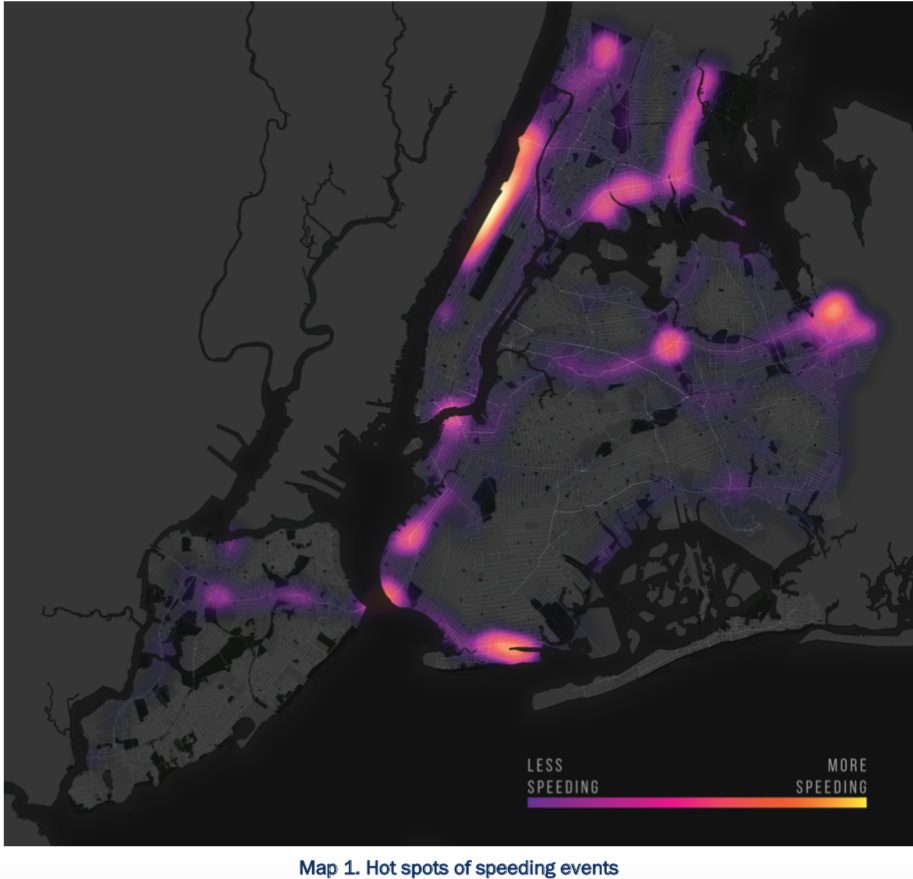 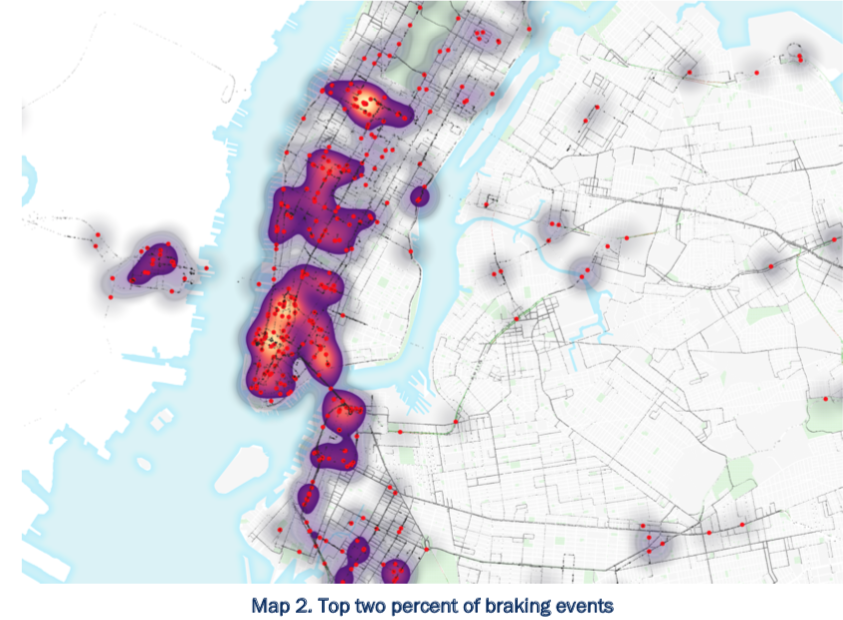