The “Better Buses” event hosted by the NYU Rudin Center for Transportation on December 9 focusedon   the upcoming bus network redesigns led by the MTA and New York City Department of Transportation (DOT), as well as the necessary social equity policies that must accompany the plans. Polly Trottenberg, Commissioner of the NYC DOT, presented the City’s initiatives to improve ridership and experience along routes including Church Avenue and the 14th Street busway. Sarah Kaufman, Associate Director of the NYU Rudin Center, moderated a panel discussion between six panelists: 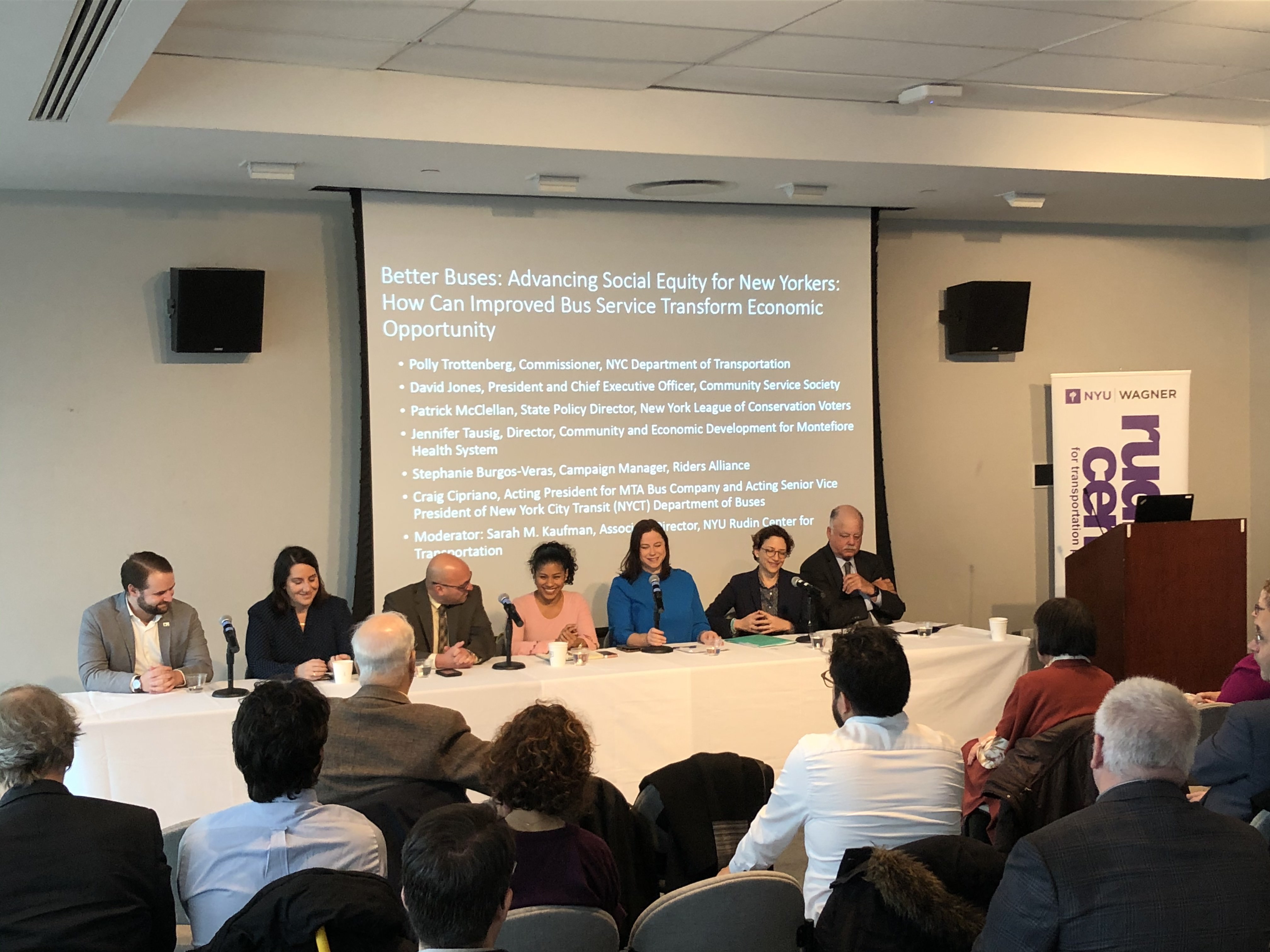 The panelists focused on two primary issues. First, to achieve reliable bus service, the NYPD must have the authority to ticket personal vehicles in bus lanes using on-bus cameras. Second, throughout the network enhancement process, emphasis must be placed on maintaining accessibility and engaging rider participation.

There have also been recent discussions in the transportation community about the potential to decrease the number of stops on routes where there is one stop per block. In response, Stephanie Burgos-Veras pointed out that doing so would require an incentive for riders to walk to a further stop. Incentives such as improvements to bus stop infrastructure (including maps, benches, shelters) and increased frequency may compensate for these longer distances.

David Jones commented that bus service is key to outer-borough workers, whose wages often depend on reliable transportation. Jennifer Tausig added that health care workers are avid bus users, and require transport outside of Manhattan, where health sector jobs are growing.

Commissioner Trottenberg also described the process the city is undertaking to ensure riders have opportunities to provide feedback on the proposals. Using the Woodhaven-Cross Bay route as an example, Trottenberg illustrated that by engaging riders at their bus stops and shoppers who use buses, the agency was able to get a better perspective on public opinions than through the traditional community board process.