Join NYU Wagner's Students for Criminal Justice Reform on Thursday April 15th from 6-7:30 PM EST for a debate among the democratic candidates for the Manhattan District Attorney primary in June. The event will take place on Zoom and be moderated by Khalil A. Cumberbatch, a long time advocate for criminal justice reform in NYC and Senior Fellow on the Council on Criminal Justice.

All eight candidates, Tahanie Aboushi, Alvin Bragg, Liz Crotty, Tali Farhadian Weinstein, Diana Florence, Lucy Lang, Eliza Orlins, & Dan Quart, will introduce themselves to the NYU community and discuss their plans, if elected. The event will also include voter education about the important role of the District Attorney in NYC's criminal justice system along with details about the race itself.

NYU Wagner provides reasonable accommodations to people with disabilities. Requests for accommodations for events and services should be submitted at least two weeks before the date of the accommodation need. Please email eliza.mccurdy@nyu.edu or call 212.998.7400 for assistance.
Register to Attend 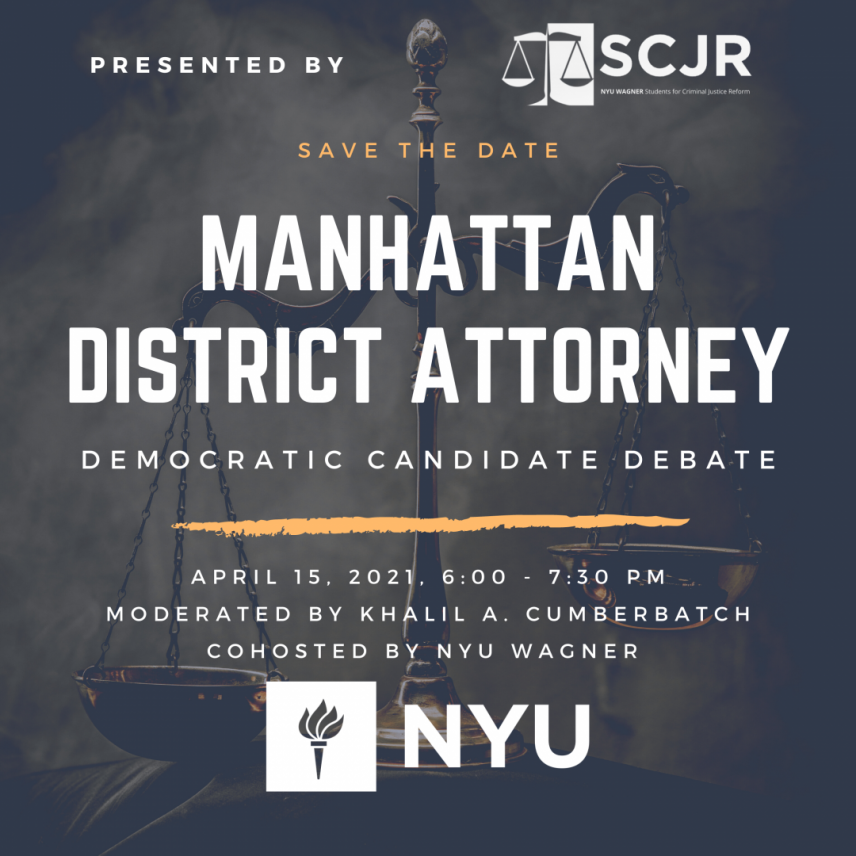