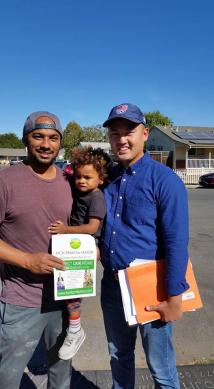 NYU Wagner alumnus Rich Tran (MPA 2014) is poised to make a major impact on the future of his Silicon Valley city of Milpitas, population 76,000, where he was just elected as its mayor.

With experience as a  member of the Air National Guard and a Social Worker for the Santa Clara Medical Center, the election capped his first run for public office.

Voters, the Mercury News reported, “showed strong support for preserving open space and park land, limiting development in the Milpitas hills, and affirming the City Council’s prior decision to send the city’s garbage to Waste Management’s landfill in Almaden Valley...."

Commented an exultant Tran: “My election shows that Milpitas is ready for the future. I represent the next generation of our community, while also preserving the past…The old guard has essentially stepped down. It’s my time to pay back what the previous generation has provided me, the chance for a better life.”