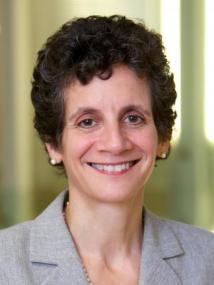 Sherry Glied, Dean and Professor of Public Service at NYU Wagner, has been accorded the 2021 William B. Graham Prize for Health Services Research, one of  the highest distinctions that researchers in the health services field can achieve.

Given by the Association of University Programs of Health Administration (AUPHA) and Baxter International, the prize recognizes an individual who has significantly increased the quality of or access to health service delivery worldwide through the development of insights and innovations.

Dr. Glied, Phd, was named Dean of New York University’s Robert F. Wagner Graduate School of Public Service in 2013. From 1989-2013, she was Professor of Health Policy and Management at Columbia University’s Mailman School of Public Health and Chair of the Department of Health Policy and Management from 1998-2009. On June 22, 2010, Glied was confirmed by the U.S. Senate as Assistant Secretary for Planning and Evaluation at the Department of Health and Human Services, and served in that capacity from July 2010 through August 2012. She had previously served as Senior Economist for health care and labor market policy on the President’s Council of Economic Advisers in 1992-1993, under Presidents Bush and Clinton, and participated in the Clinton Health Care Task Force. She has been elected to the National Academy of Medicine, the National Academy of Social Insurance, and served as a member of the Commission on Evidence-Based Policymaking.