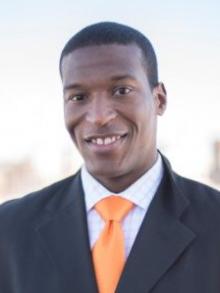 How did being in New York impact your professional journey?

New York has such a large base of public agencies and nonprofit organizations that it’s a natural networking center for some of the most innovative and influential professionals in public service. Living in New York City allowed me to engage with countless leaders, connect with mentors, and develop a personal network that reaches worldwide.

How would you describe your experience as a Wagner student?

I had an exceptional experience as a Wagner student both inside and outside of the classroom. I attended Wagner directly after completing service in the Peace Corps and was greeted with likeminded students who were committed to service, and I became part of a welcoming community of individuals who became thought partners in the classroom, friends outside the classroom, and who are now colleagues in the workplace.

What are the advantages of the Wagner alumni network?

It provides access to a network of professionals who share the same commitment to public service. Great Wagner alumni are literally everywhere I look in public service. Wagner’s sense of community is, to me, what separates it from any other professional group with which I’ve been associated.