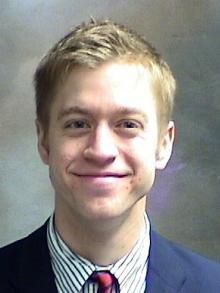 There was sort of a natural transition down to New York City. I’m inclined towards cities and figured at the time that New York offered both great job prospects – in whatever it was I decided to do – and great universities. At that point it was about going to the best program I could get into. I considered SIPA but was turned off by its apparent lack of options for those who wanted to work during the day. The New School was also on my radar, but once I got accepted to Wagner it was a no-brainer. It has its reputation for a reason.

How did your Wagner experience prepare you professionally?

I was offered my current job about halfway through my time at Wagner. Many of the courses I took coupled well with my day-to-day. And they still do. When I took Macroeconomics, for example, it just clicked: macroeconomic theory met macroeconomic practice.

What are the advantages of the Wagner Alumni Network?

The Wagner alumni network is all over the place in this city. If you want to work for the greater good in one of the greatest cities around, I can’t think of a better resource.