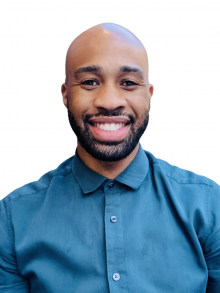 What were you doing before you came to NYU Wagner and why did you choose NYU Wagner for graduate school?

Before coming to NYU Wagner, I was in DC for four years working in the Obama administration. I started as a White House intern, served as the head of finance at the White House, and as Special Assistant to the U.S. Secretary of Commerce. When I applied to Wagner, one of the most enticing things was Wagner’s interdisciplinary approach that gives students a chance to learn through both theory and practice. Attending Wagner also provided the opportunity for me to help shape conversations around diversity, equity, and inclusion in public service and at NYU.

How did your experiences at NYU Wagner impact your career?

My time at Wagner supported my work in city government. Having previously worked at the federal and state government, it was an opportunity to see how decisions directly impacted residents. I transitioned to New York to go to school, and shortly after I arrived, I was recruited by former Obama administration colleagues to come work for the Mayor’s Office. I was a full time student and working full time at City Hall. It was a great opportunity to learn theory at Wagner and be able to implement that theory at work.

What impact do you hope to make through your career and/or organization?

I am interested in the future of cities and how they deliver services and improve the quality of life for residents. Building on the ingenuity of the founders on Black Wall Street, Tulsa, Oklahoma, I want to be known as a person who develops the infrastructure for minorities to own property, become entrepreneurs, and incubate their lives.