Over 10 million arrests take place annually across the country. These daunting statistics reflect a growing crisis in the United States – not of increasing violent crime, but of an ever-expanding web of criminalization. Beyond passage of criminal laws, criminalization represents a broader social and political process by which society determines which actions or behaviors will be punished by the State. The crisis of criminalization is dramatically intensifying in the current political climate, not just for black men, but also for trans/gender non-conforming communities (TGNC).

NYU Wagner provides reasonable accommodations to people with disabilities. Requests for accommodations for events and services should be submitted at least two weeks before the date of the accommodation need. Please email saye.joseph@nyu.edu or call 212.998.7400 for assistance. 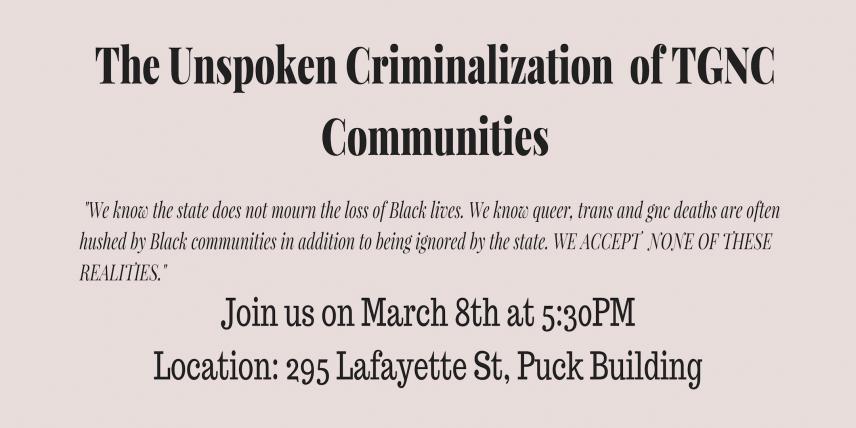