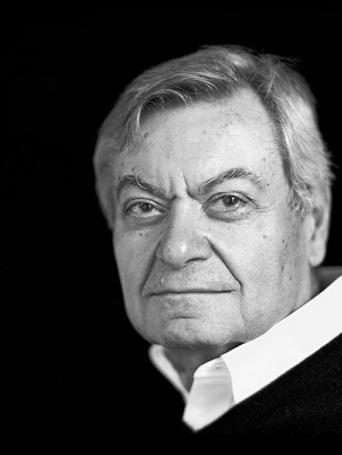 Alain Bertaud is an urbanist, who recently joined the team of the NYU Marron Institute and NYU Stern Urbanization Project as a Senior Research Scholar. Prior to his assignment with NYU in October 2012, he had been working as an independent consultant for a number of clients that included the World Bank, the Brookings Institute, the Lincoln Institute, The Beijing Transportation Research Center, and Civitas (El Salvador).

Bertaud’s operational work and research focus on the interaction between markets, regulations and urban transport infrastructure in shaping the spatial structures of cities. While working as an independent consultant, his field assignments were largely focused on urban transport, land development issues and project implementation in cities of China, India, Indonesia, Vietnam and South Africa.

Prior to 1999, he was a Principal Urban Planner at the World Bank where he advised local and national governments on urban development policies mostly in China, Central and Eastern Europe, India, Mexico, Russia and South Africa. Bertaud was also involved in the design and implementation of large land development projects and urban extension financed by the World Bank. Bertaud worked as a resident urban planner in a number of cities, including Bangkok (National Housing Authority of Thailand), San Salvador (Ministry of Planning, Housing and Urban Development), Sana’a (Yemen, Ministry of Public Works), New York (NY City Planning Commission), Tlemcen (Algeria, Ministry of Public Works), Chandigarh (India, Office of the Chief Urban Planner) and Paris (private architectural and planning firm).

Cities today drive the world economy: they contain just over half of the world's population but generate over 80% of the world's GDP. Cities create this value by being dynamic environments where people and ideas can come together and mix in unplanned, spontaneous ways. Despite the critical role for city leaders in supporting this dynamism, those leaders too often do not understand the role of the market in urban areas. Instead, urban planning often remains one of the last vestiges of the of 20th century Soviet-style central planning, imposing untold costs on cities and their residents. Planners too often try to micromanage land use while neglecting the design and development of infrastructure, which markets alone cannot provide.

This class, based on Alain Bertaud's forthcoming book, Order Without Design, will examine the critical role of the market in cities, show how the popular urban planning and policy approach usually ignores the market, harming cities, and explore how a proper understanding of the market can be incorporated into city planning, management, and policy to improve the success of cities. Subject areas will include urban labor markets, urban spatial structures, land prices, population densities, mobility and transport, and housing affordability. The course is open to graduate students and advanced undergraduates from all disciplines.