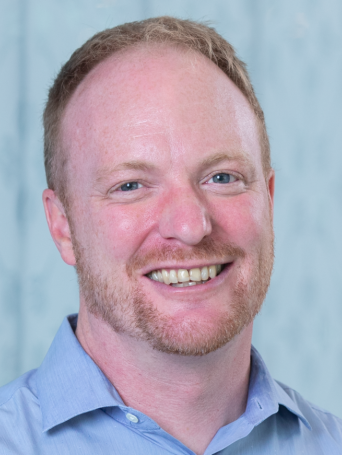 Patrick J. Egan, Associate Professor of Politics and Public Policy at NYU, specializes in U.S. political attitudes and behavior, and their consequences for public policy, partisanship and identity. He is author of Partisan Priorities: How Issue Ownership Drives and Distorts American Politics (Cambridge University Press), and his peer-reviewed research has appeared in journals such as Nature, the American Political Science Review, the American Journal of Political Science, the Journal of Politics, and the British Journal of Political Science. He currently serves as an associate editor of the Journal of Politics. Egan is a recipient of the NYU Golden Dozen Award in recognition for outstanding contributions to learning in the classroom, and he served on the committee of faculty and administrators that created the undergraduate Public Policy major offered jointly by Wagner and NYU’s College of Arts and Science.

Egan holds a Ph.D. in political science from UC Berkeley, a master’s degree in public affairs from Princeton, and a BA from Swarthmore College. Before entering academia, he served as an Assistant Deputy Mayor of Policy and Planning in the office of Philadelphia Mayor Edward Rendell. He covers presidential elections and primaries for NBC News as an elections analyst with the network's Exit Poll Desk team.

Does social media educate voters, or mislead them? This study measures changes in political knowledge among a panel of voters surveyed during the 2015 UK general election campaign while monitoring the political information to which they were exposed on the Twitter social media platform. The study's panel design permits identification of the effect of information exposure on changes in political knowledge. Twitter use led to higher levels of knowledge about politics and public affairs, as information from news media improved knowledge of politically relevant facts, and messages sent by political parties increased knowledge of party platforms. But in a troubling demonstration of campaigns' ability to manipulate knowledge, messages from the parties also shifted voters' assessments of the economy and immigration in directions favorable to the parties' platforms, leaving some voters with beliefs further from the truth at the end of the campaign than they were at its beginning.

Political science generally treats identities such as ethnicity, religion, and sexuality as “unmoved movers” in the chain of causality. I hypothesize that the growing salience of partisanship and ideology as social identities in the United States, combined with the increasing demographic distinctiveness of the nation's two political coalitions, is leading some Americans to engage in a self‐categorization and depersonalization process in which they shift their identities toward the demographic prototypes of their political groups. Analyses of a representative panel data set that tracks identities and political affiliations over a 4‐year span confirm that small but significant shares of Americans engage in identity switching regarding ethnicity, religion, sexual orientation, and class that is predicted by partisanship and ideology in their pasts, bringing their identities into alignment with their politics. These findings enrich and complicate our understanding of the relationship between identity and politics and suggest caution in treating identities as unchanging phenomena.

Are legislators responsive to the priorities of the public? Research demonstrates a strong correspondence between the issues about which the public cares and the issues addressed by politicians, but conclusive evidence about who leads whom in setting the political agenda has yet to be uncovered. We answer this question with fine-grained temporal analyses of Twitter messages by legislators and the public during the 113th US Congress. After employing an unsupervised method that classifies tweets sent by legislators and citizens into topics, we use vector autoregression models to explore whose priorities more strongly predict the relationship between citizens and politicians. We find that legislators are more likely to follow, than to lead, discussion of public issues, results that hold even after controlling for the agenda-setting effects of the media. We also find, however, that legislators are more likely to be responsive to their supporters than to the general public.

A review of research findings and polling data about Americans’ attitudes on climate change reveals a lack of meaningful long-term change in mass opinion. Instead, the structure of Americans’ attitudes toward belief in climate change’s existence, concern about its consequences, and demand for policy response is similar to that regarding many other issues in contemporary US politics: stability in aggregate opinion that masks partisan and ideological polarization enhanced by communications from elites. But features of the climate change problem elicit some distinctive determinants of opinion, including individuals’ trust in science, risk processing, and personal experience. Although our review of the literature and data leaves us skeptical that majority opinion will spur elected officials anytime soon to undertake the costly solutions necessary to tackle this problem comprehensively at the national level, we identify several avenues by which attitudes might promote less substantial but nevertheless consequential policy action.

As climate change unfolds, weather systems in the United States have been shifting in patterns that vary across regions and seasons. Climate science research typically assesses these changes by examining individual weather indicators, such as temperature or precipitation, in isolation, and averaging their values across the spatial surface. As a result, little is known about population exposure to changes in weather and how people experience and evaluate these changes considered together. Here we show that in the United States from 1974 to 2013, the weather conditions experienced by the vast majority of the population improved. Using previous research on how weather affects local population growth to develop an index of people’s weather preferences, we find that 80% of Americans live in counties that are experiencing more pleasant weather than they did four decades ago. Virtually all Americans are now experiencing the much milder winters that they typically prefer, and these mild winters have not been offset by markedly more uncomfortable summers or other negative changes. Climate change models predict that this trend is temporary, however, because US summers will eventually warm more than winters. Under a scenario in which greenhouse gas emissions proceed at an unabated rate (Representative Concentration Pathway 8.5), we estimate that 88% of the US public will experience weather at the end of the century that is less preferable than weather in the recent past. Our results have implications for the public’s understanding of the climate change problem, which is shaped in part by experiences with local weather. Whereas weather patterns in recent decades have served as a poor source of motivation for Americans to demand a policy response to climate change, public concern may rise once people’s everyday experiences of climate change effects start to become less pleasant.

When a public problem is perceived to be poorly addressed by current policy, it is often the case that credible alternative policies are proposed to both the status quo’s left and right. Specially designed national surveys show that in circumstances like these, many Americans’ preferences are not single-peaked on the standard left-right dimension. Rather, they simply want the government to ‘‘do something’’ about the problem and therefore prefer both liberal and conservative policies to the moderate status quo. This produces individual and collective preferences that are double-peaked with respect to the left-right dimension. Double-peakedness is less prevalent on issues where no consensus exists regarding policy goals, and it increases when exogenous events raise the public’s concern about the seriousness of a policy problem.

Americans are more likely to believe in global warming when it's hot outside. A study now provides insights on why this reasoning process is not easily changed.

Americans consistently name Republicans as the party better at handling issues like national security and crime, while they trust Democrats on issues like education and the environment – a phenomenon called “issue ownership.” Partisan Priorities investigates the origins of issue ownership, showing that in fact the parties deliver neither superior performance nor popular policies on the issues they “own.” Rather, Patrick J. Egan finds that Republicans and Democrats simply prioritize their owned issues with lawmaking and government spending when they are in power. Since the parties tend to be particularly ideologically rigid on the issues they own, politicians actually tend to ignore citizens' preferences when crafting policy on these issues. Thus, issue ownership distorts the relationship between citizens' preferences and public policies.

Group identities that are chosen, rather than inherited, are often associated with cohesive political attitudes and behaviours. Conventional wisdom holds that this distinctiveness is generated by mobilization through processes such as intra-group contact and acculturation. This article identifies another mechanism that can explain cohesiveness: selection. The characteristics that predict whether an individual selects a group identity may themselves determine political attitudes, and thus may account substantially for the political cohesion of those who share the identity. This mechanism is illustrated with analyses of the causes and consequences of the acquisition of lesbian, gay or bisexual identity. Seldom shared by parents and offspring, gay identity provides a rare opportunity to cleanly identify the selection process and its implications for political cohesion.

How the US Senate runoff in Georgia is vital to how life, politics will be here in NY PIX-11
Here’s how Cynthia Nixon has already one upped Cuomo Metro
Advocacy groups, political organizations go after the LGBTQ vote NBC News
Unpersuasive: Why arguing about climate change often doesn't work Knowable