Housing the Next Million New Yorkers Near Transit

New Yorkers take pride in the idea of their city as a place of opportunity. A future New York City that mostly houses those who are already successful, and no longer serves as an avenue of opportunity for upward-striving people from throughout the nation and the world, would no longer possess the qualities that many New Yorkers value. To avoid such a future, the city should seek to accelerate the production of housing in many neighborhoods throughout the city. As it has been for decades, such new housing needs to be concentrated in areas well served by transit, where more density can be accommodated without needing to accommodate a vast influx of private autos generating congestion and requir- ing large amounts of expensive off-street parking.

To achieve this zoning must become far more permissive in terms of where housing is permitted and how dense it can be, a dramatic turn from the policies of recent years. But this is not enough. New Yorkers need to be able to move around the city. New York planners have always understood the relation between transit capacity and the levels of resi- dential growth the city needs. This report will explore how growth and transit investment have been linked in the past, and how they can be linked today. 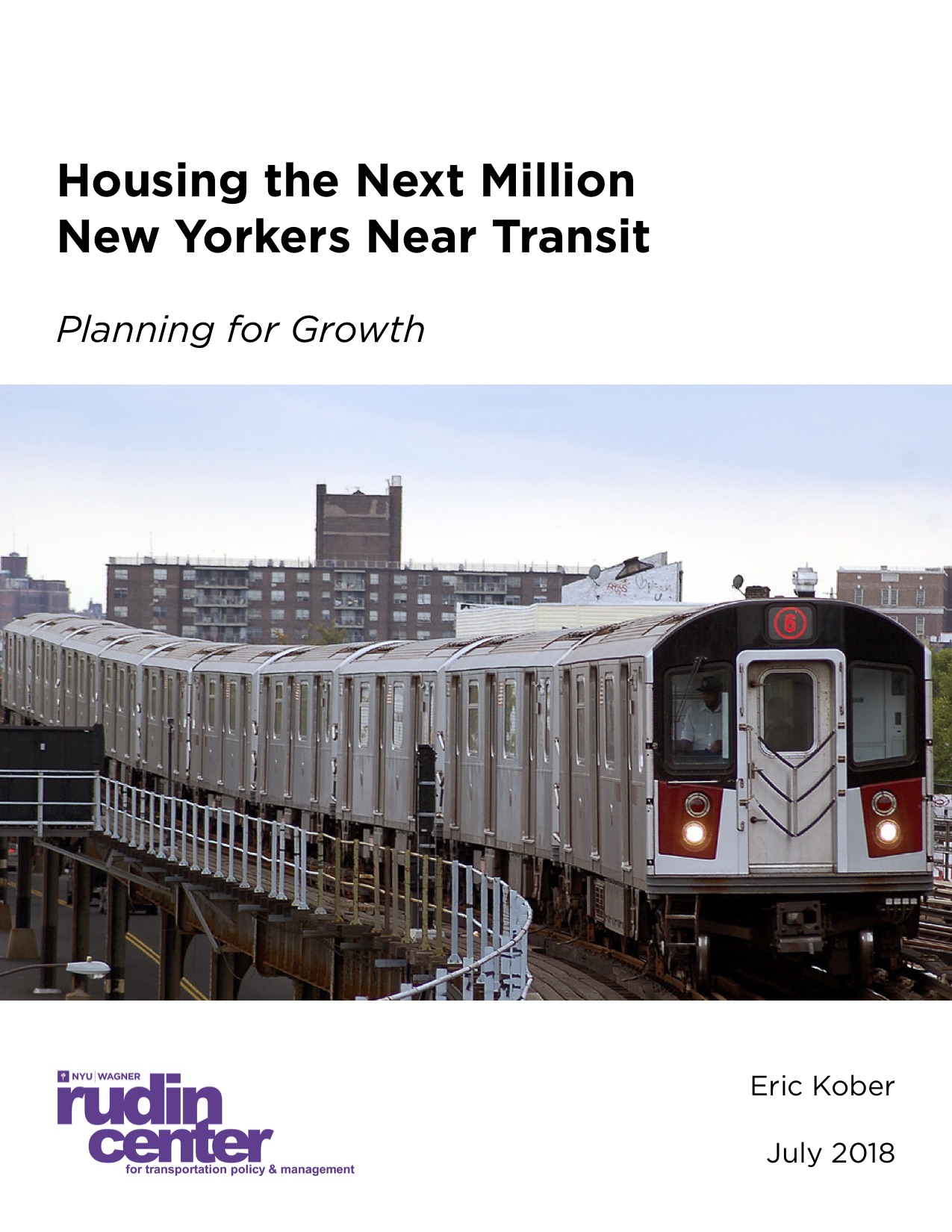