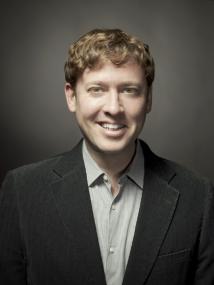 Anthony Townsend’s first book, SMART CITIES: Big Data, Civic Hackers and the Quest for a New Utopia, has just been published by W.W. Norton & Co. His take on the advance of the digitally wired metropolis has been critically well received. Below, he answers a few questions about the book, and even notes his own growing reliance on his mobile phone to navigate the complicated megacity terrain.

Townsend holds the NYU Wagner posts of Adjunct Assistant Professor of Planning, and Senior Research Fellow at the Rudin Center for Transportation Policy & Management. A graduate of Wagner as well, he’s currently investigating the impact of new digital devices and information services on travel behavior and mobility in major cities of the world, given no major metropolis can be vibrant and successful absent an up-to-date and well-planned transportation system.

At the same time, Townsend is a Research Affiliate with the Silicon Valley-based Institute for the Future, an independent research organization, where he focuses on new technology and its impact on urban infrastructure and economic development. He has been a Fulbright Exchange Scholar at the Seoul Development Institute in South Korea, studying the social impacts of broadband on the Seoul metropolitan region, and was one of the original founders of NYCwireless, a pioneer in the municipal wireless movement.

Q. Professor Townsend, a recent favorable review of your new book in The New York Times described you as “the rare technologist who is in the know without being in the tank.” Are you indeed worried that “smart cities” could backfire in some way, compromising privacy, say, rather than helping us address environmental, social, and economic challenges?

A: Absolutely – there are considerable risks going forward. The penultimate chapter of Smart Cities bears the title “Buggy, Brittle and Bugged.” The technological underpinnings of smart cities are extremely complex, yet we are throwing them together at a blistering pace. This is how bugs like Y2K creep in. Design decisions are being made for expedience and cost, not quality and robustness.

Smart cities are also the perfect tool for mass surveillance. As we are finding out in the post-Snowden era, it is actually far worse than even the most paranoid critics feared. All of these risks can be managed, but no one in the smart cities community was really confronting them head on.

Q. What are some of the more intriguing elements of the wired cities you’ve encountered?

A: I’m most focused on the transportation elements right now. It’s the area of urban management and planning that has probably seen the least innovation over the last fifty years, and it is being blindsided by new technologies and innovative business models. Transportation is critical because without an efficient, affordable and reliable transportation system, a city can never truly thrive.

Google could be the most important player in surface transportation in ten years. It has the traffic data (Waze), the demand-management system (Uber) and soon the actual vehicles themselves (the self-driving car). Right now, at NYU Wagner’s Rudin Center, under a grant from the Rockefeller Foundation, we are building a massive inventory of these new technologies and services to develop different scenarios of how they might play out in ten to twenty years.

Will self-driving cars encourage sprawl? Allow baby boomers to “age in place” in the suburbs more easily? Let us reduce the amount of parking in Manhattan? These scenarios and their results may force us to reshape our technologies to achieve desired outcomes.

Q. What’s the smartest city out there?

A. I’m often asked that, but it’s really the wrong question because as science fiction author William Gibson said, “The future is already here – it’s just not very evenly distributed.” So pieces of the ideal city of the future are popping up all over the place. We just need to find them and cross-pollinate them between cities, which is not always a simple cut-and-paste job. Rather, you have to extract those elements of technology, business model, and governance processes from the donor city that are re-usable, then graft them into the legacy systems in the recipient city.

Q. What kinds of policy objectives are desirable when it comes to shaping smart cities? How can public policy and public service make a difference?

A. The biggest area for future policy innovation is figuring how we finance smart city solutions. All over the world, local governments face a steadily worsening fiscal environment. This is true from the U.S. to Europe to the Middle East, and even China. Public/Private Partnerships [PPP's], which leverage public assets in return for private capital and management, are the most widely used mechanisms, but they often come with a lot of baggage and risk. Still, there's a lot of excitement about other financing mechanisms, such as social impact bonds, crowdfunding and open co-operatives.

A close second, and related, point is figuring out what to do with all the data that these systems generate. Many smart city PPP's are actually all about the data – this is where the operators see tremendous opportunity for future value creation. Cities need to think long and hard about how they structure these contracts. There is a lot of research and innovation that needs to be done to figure out how to do this well.

Q, How do you bring your research to bear at NYU Wagner?

I’m teaching a course this spring on “Intelligent Cities: Technology, Policy and Planning.” It will use two community wireless projects being built in the New York area as living laboratories to understand how grassroots-driven smart city efforts are undertaken (the particular projects are in Red Hook and Hoboken). These projects are interesting because they are both community-driven and largely about economic development and resilience, not efficiency or public management. I’m hoping that students will not only study and document these projects, but get actively involved as volunteers.

I’ve studied urban planning at three universities (I did my Masters at Wagner in the 1990's), and what I always found unique about Wagner students is the degree to which they took on major commitments in parallel to their studies, and use these experiences as a foil for their academic work. I’m hoping to provide some interesting opportunities.

Q. Will you be appearing any time soon to discuss your book?

Q. Do you use your smart phone much to get around?

A. I have to confess I have become utterly dependent on my smart phone to hack the transit mess that is the bane of being a resident of northern New Jersey with a Manhattan commute. I’ve got apps for the subways, the PATH, Uber, CitiBike, New Jersey Transit buses, and the NY Waterway ferries.

Last summer, I hopped on a CitiBike outside the Puck Building one evening and set off for Battery Park City, stopping only momentarily at a red light to brandish my phone and buy a ferry ticket online. That felt like the future!

[Special Note - Professor Townsend has more to say about his new book in a separate conversation with NYU's website.]