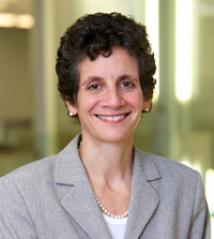 Sherry A. Glied, a Harvard-trained economist from Columbia’s Mailman School of Public Health whose expertise in health care reform has led to important governmental posts, was today named by NYU President John Sexton and Provost David McLaughlin to be the dean of NYU’s Robert F. Wagner Graduate School of Public Service.  She will take up the new post on August 1, 2013.

John Sexton, NYU’s President said, “In the last 10 years, Wagner has been on a remarkable upward trajectory: it has soared from 19 to 6 in the US News and World Report Rankings for schools of public affairs – a great feat.  So, in selecting a new dean, we were keenly aware of the need to find someone outstanding who could sustain that trajectory – a highly regarded scholar, a talented administrator, and a person of vision and drive.

“In Sherry we have found such a person.  The quality of her scholarship has led not only to success within the academy, but to important policy-making and advisory positions as well.  At heart, universities are judged by the quality of the people they attract, and it says a great deal about NYU and about Wagner, its successes, and its momentum that we are able to attract someone as talented as Sherry Glied as dean.”

An extensively published scholar in the area of health care policy reform and mental health policy, Sherry Glied was first appointed to Columbia’s Mailman School of Public Health in 1989.  From 1998 to 2010, she was chair of the Department of Health Policy and Management.

Professor Glied has also served in important policy-making and advisory positions in government, most recently as the Assistant Secretary for Planning and Evaluation in the US Department of Health & Human Services.  She had previously served as a senior economist for health care and labor market policy on the President’s Council of Economic Advisors, had participated in the Clinton Health Care Task Force, and had been a member of the Congressional Budget Office’s Panel of Health Advisers.

Ingrid Ellen, professor of public policy and urban planning and chair of the Search Committee, said, “The Search Committee has utmost confidence that Sherry is up to the task of sustaining the momentum of the past few years. She is a leading health economist with high-level government experience and boundless energy and enthusiasm for the mission of NYU Wagner –from research to teaching to public service.”

She received her B.A. from Yale, her M.A. from the University of Toronto, and her Ph.D. from Harvard in economics.  She was elected to the National Academy of Sciences’ Institute of Medicine, is a member of the National Academy of Social Insurance, was a member of the Board of Directors of AcademyHealth, and was the recipient of the Research!America Eugene Garfield Economic Impact of Medical and Health Research Award.   She is a fellow at the New York Academy of Medicine, and a faculty research fellow in health economics at the National Bureau of Economic Research.

“Provost David McLaughlin and I would like to thank the Dean Search Committee, led by Professor Ingrid Gould Ellen, for their hard work and their judgment, for their hard work and discernment,” said John Sexton.  We would also like to thank Ellen Schall, Sherry Glied’s predecessor, for her superb leadership over the past 10 years and for doing so much to improve the school.  And we’d like to thank Tyra Liebmann and Scott Fritzen for so capably taking on the role of Interim Co-Deans these past few months.

“First and foremost, however, we would like to congratulate Sherry Glied on her appointment as Dean of NYU’s Wagner School, and welcome her to the University.”