Safety in the 21st Century City: Neighborhood Safety Beyond Policing

It is a paradoxical moment for criminal justice in New York City. On the one hand, contrary to national trends, NYC has experienced two decades of declining crime and incarceration rates. At the same time, there is a growing sense that safety is more than the absence of crime and that further reductions can only be obtained by increasing fairness and reducing racial disparities.

What is the future of criminal justice in NYC? How does NYC become even safer after the big declines? Join us for a series of panel events that will investigate what a safe city looks like and the role that actors outside of the criminal justice system can—and should—play in achieving this goal.

Safety in the 21st Century: Neighborhood Safety Beyond Policing

Experience suggests that safe neighborhoods are characterized not by a significant police presence, but by strong civic institutions and organic networks of family, friends, and neighbors. How can neighborhoods play a positive role in producing safety, without relying on law enforcement? This panel will address the role of the built environment and social infrastructure in the co-production of safety.

NYU Wagner provides reasonable accommodations to people with disabilities. Requests for accommodations for events and services should be submitted at least two weeks before the date of the accommodation need. Please email or call 212.998.7400 for assistance. 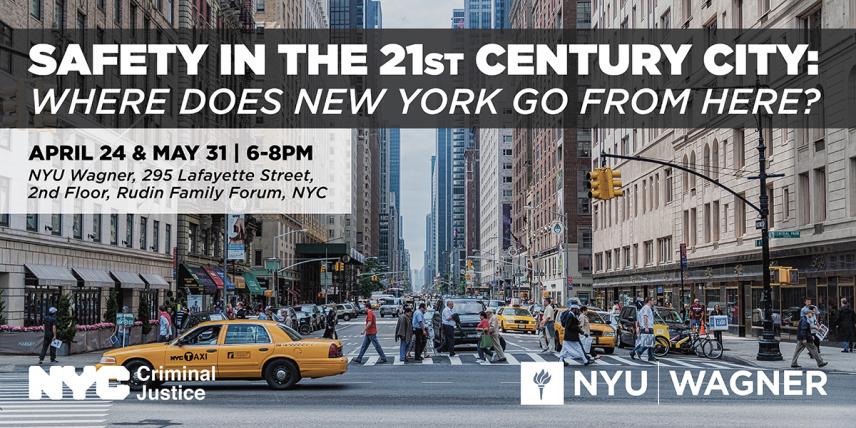