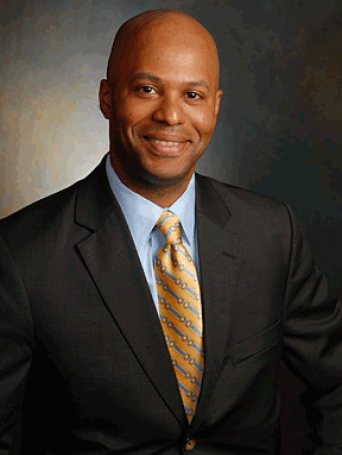 Brennon Marcano is an Adjunct Assistant Professor of Public Service at the NYU Wagner Graduate School of Public Service and Executive Director of the Council of Urban Professionals (CUP), a not-for-profit whose vision is to achieve parity at the highest levels of corporate and civic engagement.  CUP’s mission is to connect, empower and mobilize the next generation of diverse business and civic leaders.

Prior to working at CUP, Marcano was the Executive Director of Workforce Opportunity Services (WOS), a not-for-profit dedicated to the integration of young adults from underserved communities and veterans into technology careers in Fortune 500 companies. He is also a former Board Trustee of the Ricardo O’Gorman Garden and Center for Humanities in Harlem.

Marcano currently sits on one of Columbia University’s Alumni Advisory Boards as well as the advisory boards of the NYC Department of Education, Career and Technical Education (CTE) and Lincoln Tech. He is also a founding member of Vistage Group 4087 (Vistage is the largest CEO network in the world with over 17,000 members).

Marcano has taught various technology and mentoring classes at Columbia University and Rutgers.  He was featured as a future leader in technology in CIO Insight and is a recipient of many awards, notably a journalism scholarship from Reuters and the Stephen H Gayle Memorial Scholarship from the New York Association of Black Journalists.

Marcano received his Master’s degree in Technology Management at Columbia University and his Bachelor's degree with honors in Business Journalism at Bernard M. Baruch College/City University of New York.