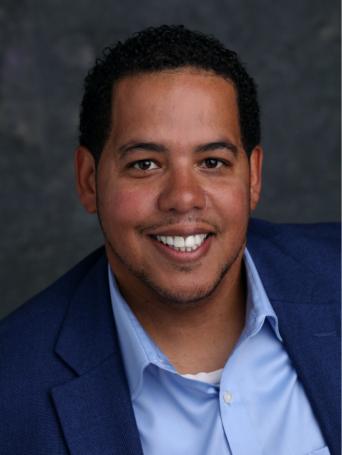 Domingo Morel will be joining the NYU Wagner Graduate School of Public Service as Associate Professor of Political Science and Public Service in January 2023. His research focuses on racial and ethnic politics, urban politics, education politics and public policy. He is the author of Takeover: Race, Education, and American Democracy (2018, Oxford University Press), which won the W.E.B. Du Bois Distinguished Book Award. He is also co-editor of Latino Mayors: Power and Political Change in the Postindustrial City (2018, Temple University Press).

His forthcoming book Developing Scholars: Race, Politics, and the Pursuit of Higher Education (2023, Oxford University Press) examines the history and politics of college access programs created for students of color in the 1960s. The book challenges conventional wisdom about the role of protest in creating and maintaining policy and introduces a perspective on affirmative action policy that has received less attention from scholars, legal analysists, and practitioners.

In addition to his scholarship, Dr. Morel has years of applied experience in education, political affairs, and public policy. Prior to pursuing his Ph.D., he worked in higher education for special programs designed to provide college access and support services to students from traditionally underserved populations. He is also co-founder of the Latino Policy Institute at Roger Williams University and past president of the Rhode Island Latino Political Action Committee.

He received his Ph.D. in political science from Brown University in 2014.

The purpose of the course is to deepen students’ understanding of the way in which public policy and political realities interact in American government at the national, state, and local levels: how political pressures limit policy choices, how policy choices in turn reshape politics, and how policymakers can function in the interplay of competing forces. The theme explored is how public officials balance concerns for substantive policy objectives, institutional politics and elective politics in order to achieve change. The nature of key legislative and executive institutional objectives and roles is examined. In addition, attention is given to the role of policy analysis and analysts in shaping policy decisions, seeking to identify their potential for positive impact and their limitations in the political process.

A second goal of the course is to sharpen students’ ability to think and write like professional policy analysts. Students will be asked to apply both policy analysis framework and political perspective to the issues under discussion.