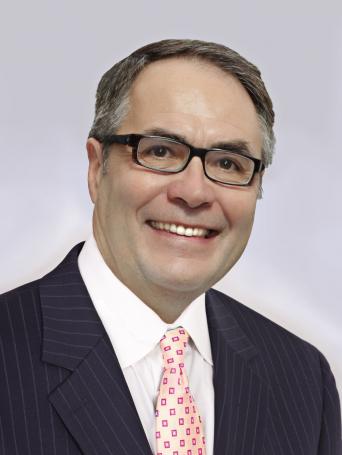 Gordon Campbell has over 30 years of experience in public and nonprofit leadership and management. He most recently served as President and Chief Executive Officer of United Way of New York City, which creates, leads and supports strategic initiatives that have a measurable and lasting impact in improving education, income stability, and health.

Mr. Campbell was Chief Executive Officer of Safe Horizon, the nation’s leading and largest victim assistance organization, from 1998 to 2007.  During his tenure, Safe Horizon was widely recognized for its compassionate and effective emergency response to the 9 /11 attacks.  Prior to leading Safe Horizon, Mr. Campbell served in senior positions in the Koch, Dinkins and Giuliani Administrations.  He was the Commissioner of the New York City Department of Homeless Services and Chief of Staff to the First Deputy Mayor.  In addition, he was Deputy Director of the Mayor’s Office of Operations and a mayoral appointee to the City’s Procurement Policy Board.  While at the City’s Human Resources Administration, he headed the Office of Medicaid Transportation and created and organized the Division of AIDS Services.

Before arriving in New York City, Mr. Campbell served as a prosecutor, labor attorney, as well as the Chief Administrator for the Seattle City Attorney’s Office.

Gordon served as an Adjunct Assistant Professor of Public Administration at New York University’s Robert F. Wagner Graduate School of Public Service from 1996-2003 and 2011-2012.  Currently, he serves as a Public Service Fellow to the school.

He received his Juris Doctor from the University of Washington Law School, his Master in Public Administration from the John F. Kennedy School of Government at Harvard University and his Bachelor of Arts from Pacific Lutheran University.

A strong board of directors is integral to the overall health of a nonprofit organization and directly impacts the ability of the organization to achieve its mission.  Yet, one of the greatest challenges facing nonprofit leaders is how to build a board of directors that is motivated and engaged to provide strategic leadership while ensuring fiscal sustainability and transparency.  This course will use case studies, role play and class discussion to transform academic theories regarding good governance to the practical tools to be used outside the classroom.  We will take an in-depth look at applicable law and best practices to consider: the proper role of the board of directors; how to build a strong board and cultivate board leadership; ethics and conflicts of interest; human resource management and executive compensation; leadership during a time of organizational change; and system reforms that would promote effective board oversight.