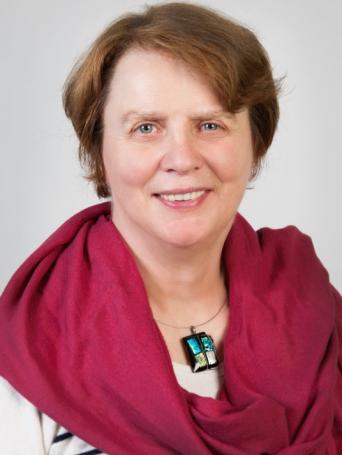 Julia Lane is a Professor at the NYU Wagner Graduate School of Public Service, at the NYU Center for Urban Science and Progress, and a NYU Provostial Fellow for Innovation Analytics. She cofounded the Coleridge Initiative, whose goal is to use data to transform the way governments access and use data for the social good through training programs, research projects and a secure data facility.  The approach is attracting national attention, including the Commission on Evidence Based Policy and the Federal Data Strategy.

In these positions, Julia has led many initiatives, including co-founding the Institute for Research and Innovation in Science (IRIS) at the University of Michigan and STAR METRICS programs at the National Science Foundation. She also initiated and led the creation and permanent establishment of the Longitudinal Employer-Household Dynamics Program at the U.S. Census Bureau. This program began as a small two year ASA Census Bureau fellowship and evolved into the first large-scale linked employer-employee dataset in the United States. It is now a permanent Census Bureau program with appropriated funds of $11 million per year.

Julia received her PhD in Economics and Master's in Statistics from the University of Missouri.

The goal of the Big Data Analytics for Public Policy is to develop the key data analytics skill sets necessary to harness the wealth of newly-available data. Its design offers hands-on training in the context of real microdata. The main learning objectives are to apply new techniques to analyze social problems using and combining large quantities of heterogeneous data from a variety of different sources. It is designed for graduate students who are seeking a stronger foundation in data analytics.

The goal of the Big Data Analytics for Public Policy is to develop the key data analytics skill sets necessary to harness the wealth of newly-available data. Its design offers hands-on training in the context of real microdata. The main learning objectives are to apply new techniques to analyze social problems using and combining large quantities of heterogeneous data from a variety of different sources. It is designed for graduate students who are seeking a stronger foundation in data analytics.

Each issue of the Annals of the American Academy of Political and Social Science, guest edited by scholars and experts in the field, presents more than 200 pages of timely, in-depth research on a significant topic of interest to its readership which includes academics, researchers, policymakers, and professionals.

Julia Lane and Andrew Reamer. A Roadmap to a Nationwide Data Infrastructure for Evidence-Based Policymaking.

The research community should move to fill the regulatory gap for large-scale social data left by the recent revisions of the Common Rule, argues Julia Ingrid Lane.

Julia Lane. A call to action to build research data infrastructure.
Julia Lane. Arthur Kennickell and the art and science of measurement. Journal of the International Association for Official Statistics, (March 2017).

Big Data and Social Science: A Practical Guide to Methods and Tools shows how to apply data science to real-world problems in both research and the practice. The book provides practical guidance on combining methods and tools from computer science, statistics, and social science. This concrete approach is illustrated throughout using an important national problem, the quantitative study of innovation.

The text draws on the expertise of prominent leaders in statistics, the social sciences, data science, and computer science to teach students how to use modern social science research principles as well as the best analytical and computational tools. It uses a real-world challenge to introduce how these tools are used to identify and capture appropriate data, apply data science models and tools to that data, and recognize and respond to data errors and limitations.

The Jarmin and O'Hara piece describes a turning point in statistical data collection and dissemination. The federal agencies can no longer bear the full burden of producing and disseminating data for public policy research. Public policy researchers and schools should seize the new opportunity to complement the Census Bureau initiative—which also represents a turning point for both public policy education and research. We should adapt our educational programs so that we can produce the workforce capable of working with new data. We should adapt our research programs to move from largely artisanal individual efforts to large-scale “big science”; I have seen other scientific areas do so with great success.

Gender and the Publication Output of Graduate Students

In evaluating research investments, it is important to establish whether the expertise gained by researchers in conducting their projects propagates into the broader economy. For eight universities, it was possible to combine data from the UMETRICS project, which provided administrative records on graduate students supported by funded research, with data from the U.S. Census Bureau. The analysis covers 2010–2012 earnings and placement outcomes of people receiving doctorates in 2009–2011. Almost 40% of supported doctorate recipients, both federally and nonfederally funded, entered industry and, when they did, they disproportionately got jobs at large and high-wage establishments in high-tech and professional service industries. Although Ph.D. recipients spread nationally, there was also geographic clustering in employment near the universities that trained and employed the researchers. We also show large differences across fields in placement outcomes.

Recent years have seen an increase in the amount of statistics describing different phenomena based on “Big Data.” This term includes data characterized not only by their large volume, but also by their variety and velocity, the organic way in which they are created, and the new types of processes needed to analyze them and make inference from them. The change in the nature of the new types of data, their availability, and the way in which they are collected and disseminated is fundamental. This change constitutes a paradigm shift for survey research. There is great potential in Big Data, but there are some fundamental challenges that have to be resolved before its full potential can be realized. This report provides examples of different types of Big Data and their potential for survey research; it also describes the Big Data process, discusses its main challenges, and considers solutions and research needs.

Workshop on Finding Datasets for Empirical Research in the Social Sciences

Data Science Training for Housing and Transportation Professionals in California: A UC-Berkeley Pilot