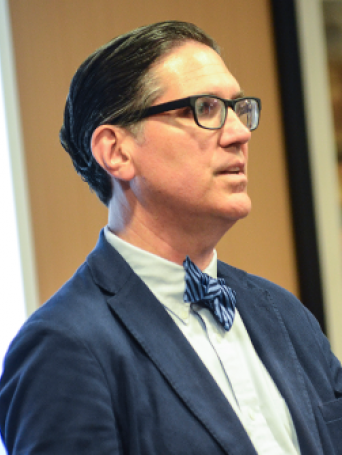 Michael Thomas Duffy is a manager with extensive experience in the public, private and non-profit sector; currently he is the President of the Great Oaks Foundation. In this role he has spearheaded the launch of a new network of charter schools in Newark, NJ, New York's Chinatown, Bridgeport, CT and Wilmington, DE.

Duffy had previously served as Director of the Charter School Office for the New York City Department of Education, working for three years under the leadership of Chancellor Joel Klein to help expand the number of high quality charter schools operating in NYC. Prior to that, he worked in Boston at two different charter high schools, one a start-up, the other a turnaround of a troubled school.

Duffy’s efforts in education grew out of his work in the civil rights movement. In 1991 Massachusetts Governor William Weld appointed him to be the Chairman and Commissioner of the Commonwealth's civil rights enforcement commission, a position that he held for six years. In this role, Duffy pioneered the use of undercover investigations to enforce civil rights laws barring race and age discrimination in hiring. During that time Duffy testified before Congress several times and appeared at a White House conference on matters relating to the enforcement of civil rights laws.

Duffy later served in the Governor's cabinet as the Director of the Office of Consumer Affairs and Business Regulation where he oversaw the Division of Banks, the Division of Insurance, and the Department of Public Utilities, among other agencies. In 1997 while the head of Consumer Affairs, Duffy led an investigation into sub-prime mortgage lending, exposing unlawful practices that victimized vulnerable homeowners. In 2005, Duffy was appointed by the Governor to serve on the board of the Massachusetts Educational Finance Authority, a quasi-public agency that finances student loans.

While a resident of Massachusetts, Duffy twice was a candidate for public office and has worked or volunteered on dozens of political campaigns. He has also held leadership positions in the non-profit sector: he served on the Board of Directors of the Human Rights Campaign, for several years as its co-chair; he was also the Executive Director of the AIDS Action Committee of Massachusetts and currently serves on the Vestry of St. Bartholomew’s Episcopal Church.

Duffy has a Master’s degree in Public Policy from the Kennedy School of Government at Harvard University where he wrote his thesis on business support for child day care. He graduated Phi Beta Kappa from Trinity College in Connecticut with a degree in Economics. As an undergraduate, Duffy interned in both the Connecticut Legislature and the British Parliament.