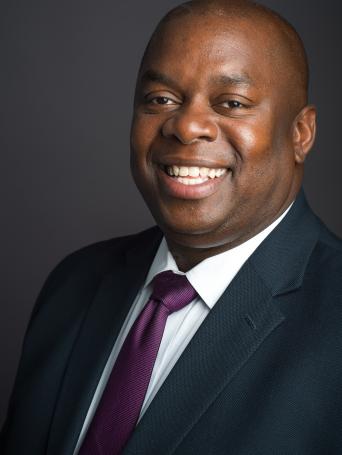 Richard Buery is a Distinguished Visiting Urbanist joining the NYU Wagner Graduate School of Public Service this Spring 2019. He is also a Senior Fellow at the GovLab at NYU, where he advises on projects relating to cities and non-profits, and is a distinguished Visiting Professor at NYU’s Tandon School of Engineering.

Richard is the Chief of Policy & Public Affairs at KIPP, leading its public policy, advocacy, marketing, and communications efforts in order to grow the network and advocate for policies that make it easier for students to afford college and overcome barriers to success. KIPP, the Knowledge is Power Program, is a non-profit network of over 224 college-preparatory, public charter schools in 20 states and the District of Columbia educating nearly 100,000 early childhood, elementary, middle, and high school students, and supporting its graduates on the path to and through college. KIPP students graduate college at three-times the rate of their peers.

Richard previously served as deputy mayor for strategic policy initiatives in the administration of New York City Mayor Bill de Blasio. In the mayor's office, he managed some of the City’s most successful initiatives, including Pre-K for All, which for the first time offers free, full-day Pre-K for every 4-year old in NYC, increasing enrollment from 19,000 to 70,000 children in 18 months and launching its expansion to 3-year olds; School's Out NYC, offering free afterschool programs to every middle schooler in NYC; ThriveNYC, a comprehensive effort to improve New Yorkers’ mental health, and the Community Schools Initiative, creating 215 new community school service partnerships during the first term, more than the double the number the Mayor initially pledged to create. He managed a range of city agencies, including the Departments of Probation, Aging, Youth and Community Development, People with Disabilities, and Immigrant Affairs. As leader of the NYC Young Men’s Initiative, he created NYC Men Teach, a historic effort to recruit 1,000 men of color to become public school teachers. He also led the creation of the New York City Children’s Cabinet, the Department of Veterans Affairs, and the Mayor’s Office of Minority and Women Business Enterprises.  Under his leadership, the City exceeded $1 billion of spending with M/WBEs for the first time in its history, double the annual spend before Mayor de Blasio took office. He also managed the City's relationship with the 250,000 student City University of New York System, managing significant investments that improved college persistence for NYC students.

While in college, Richard founded the Mission Hill Summer Program in a Roxbury, Massachusetts housing development, and went on to teach fifth grade at an orphanage in Bindura, Zimbabwe. After serving as a staff attorney at the Brennan Center for Justice at NYU School of Law, Richard co-founded iMentor, a national college access program which empowers low-income first-generation high school students to graduate college, and Groundwork, supporting the educational aspirations of Brooklyn public housing residents. He was the first African-American CEO of the Children’s Aid Society, one of the nation's oldest and largest youth serving organizations, and the youngest leader since its founding in 1853.  At Children’s Aid, he expanded early childhood programs, opened a state of the art community health clinic, and co-founded South Bronx Rising Together, a network of neighborhood residents and program providers collaborating to build pathways of success for youth from cradle through college, and the Children’s Aid College Prep Charter School, providing students a rigorous instructional program supported by expanded learning opportunities and a comprehensive set of student support services.

A 2016 Pahara-Aspen Institute Education Fellow, and a 2012 Fellow of the British American Project, he was named one of Ebony Magazine’s “30 under 30,” and Crain’s “40 under 40,” and received the Extraordinary Black Man Award for Humanitarianism from the United Negro College Fund. He has taught social entrepreneurship and nonprofit financial management at the Baruch College School of Public Affairs and New York Law School.

Richard is a graduate of Yale Law School and Harvard College.

Given the continual changing dynamics in urban environments, policy and politics in cities must have game changing impact. How do we ensure that reality in an ever shifting climate given racial, gender, economic and societal changes? This course explores the opportunities, challenges and solutions for governing New York City, promoting equity and social justice, while providing measurable impact. Delivering quality public services and driving large-scale change initiatives is made all the more challenging because of the complex array of stakeholders and institutions that impact the life of New York City, but, we practically lay out how to create solutions thrive in a smart, urban city.  This course will be led by Michael Blake, who serves as a third term New York State Assembly Member, Vice Chair at large of the Democratic National Committee, and is a former White House and campaign aide to President Barack Obama. In this course, we will explore how public servants successfully effect change, and consider the roles of the state, federal and city government, business leaders, community groups, the press, and other citizens play in enacting generational change in our urban communities.