New York City launched Citi Bike, the largest bike share program in the United States, in May 2013. This study examines the first two years of Citi Bike and its role in New York City mobility. Citi Bike’s station connection to public transportation hubs and station density are major factors in the system’s high ridership and use. Seventy-four percent of Citi Bike stations are within a five-minute walk of a subway station entrance, providing a “last mile” solution for transit commuters. The system’s greatest challenges are expanding and diversifying its customer base while also rebalancing the number of bicycles available at high-demand stations. Citi Bike has become an integral part of New York’s transportation culture, even though it serves a limited geographic area. This report addresses those challenges and recommends strategies for the future. 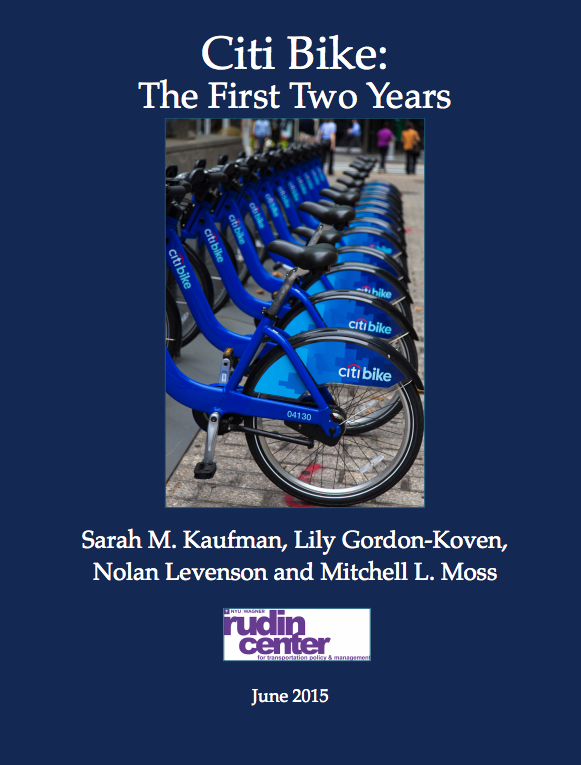