Moreover, the island of Manhattan, with its concentration of banks, financial service firms, global media and entertainment firms, information technology firms, management consultants, advertising agencies, law firms—as well as medical and educational institutions—is the hub for the services that account for the region’s leading foreign exports.

The face-to-face communication that occurs in office towers, restaurants, and cultural settings is the raw material that is converted into products and services that are then distributed over fiber optic and satellite systems around the world. Of course, the flow of ideas and information depends on the people who move in, through, and out of the city—by foot, bike, scooter, automobile, subway, commuter rail, ferry, bus, helicopter, and airplane. Indeed, the New YorkNew Jersey region has a robust mix of transportation systems, built and operated by the Port Authority of New York and New Jersey, the Metropolitan Transportation Authority, the State of New Jersey, and the City of New York.

More than 400 years ago, the Dutch established a trading post at the tip of Manhattan to obtain the highly valued beaver pelts that were the raw material for the felt hats worn throughout Europe. Today, New York is still exporting high value goods, but they are based on information and ideas, not animal skins. They are produced by thousands of people working in office buildings in the bistate region. In this report, we examine important indicators of the Port Authority’s evolving role in foreign trade:

The analysis of export industries in this report is based upon the 2018 edition of the Brookings Institution’s Export Monitor, a collection of export industry statistics for the years 2003 to 2017. 2 By contrast, the US Census Bureau publishes trade data, reported at the state and metropolitan area levels, on imports and exports of commodities, but not services. 3 The Brookings database is unique in two ways. First, it includes export data for both goods and service industries. 4 This highlights the ongoing shift from a commodities-reliant export economy to one increasingly tied to information and services. Second, the Brookings data is aggregated at the state, metropolitan area, and county levels. This allows the aggregation of data for the 18 counties comprising the Port Authority region. 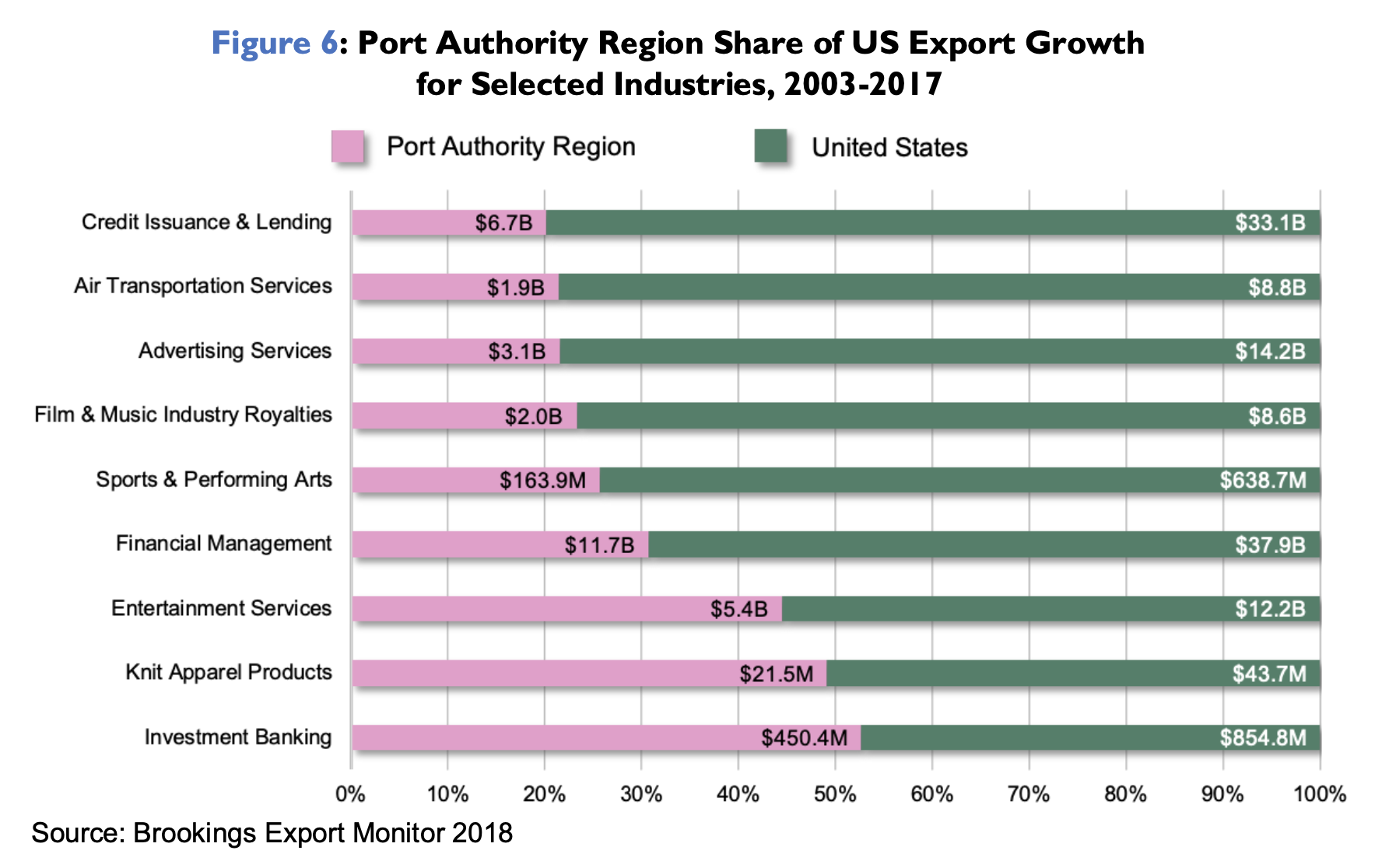