Public transportation and transmission of viral respiratory disease: Evidence from influenza deaths in 121 cities in the United States

One important concern around the spread of respiratory infectious diseases has been the contribution of public transportation, a space where people are in close contact with one another and with high-use surfaces. While disease clearly spreads along transportation routes, there is limited evidence about whether public transportation use itself is associated with the overall prevalence of contagious respiratory illnesses at the local level. We examine the extent of the association between public transportation and influenza mortality, a proxy for disease prevalence, using city-level data on influenza and pneumonia mortality and public transit use from 121 large cities in the United States (US) between 2006 and 2015. We find no evidence of a positive relationship between city-level transit ridership and influenza/pneumonia mortality rates, suggesting that population level rates of transit use are not a singularly important factor in the transmission of influenza. 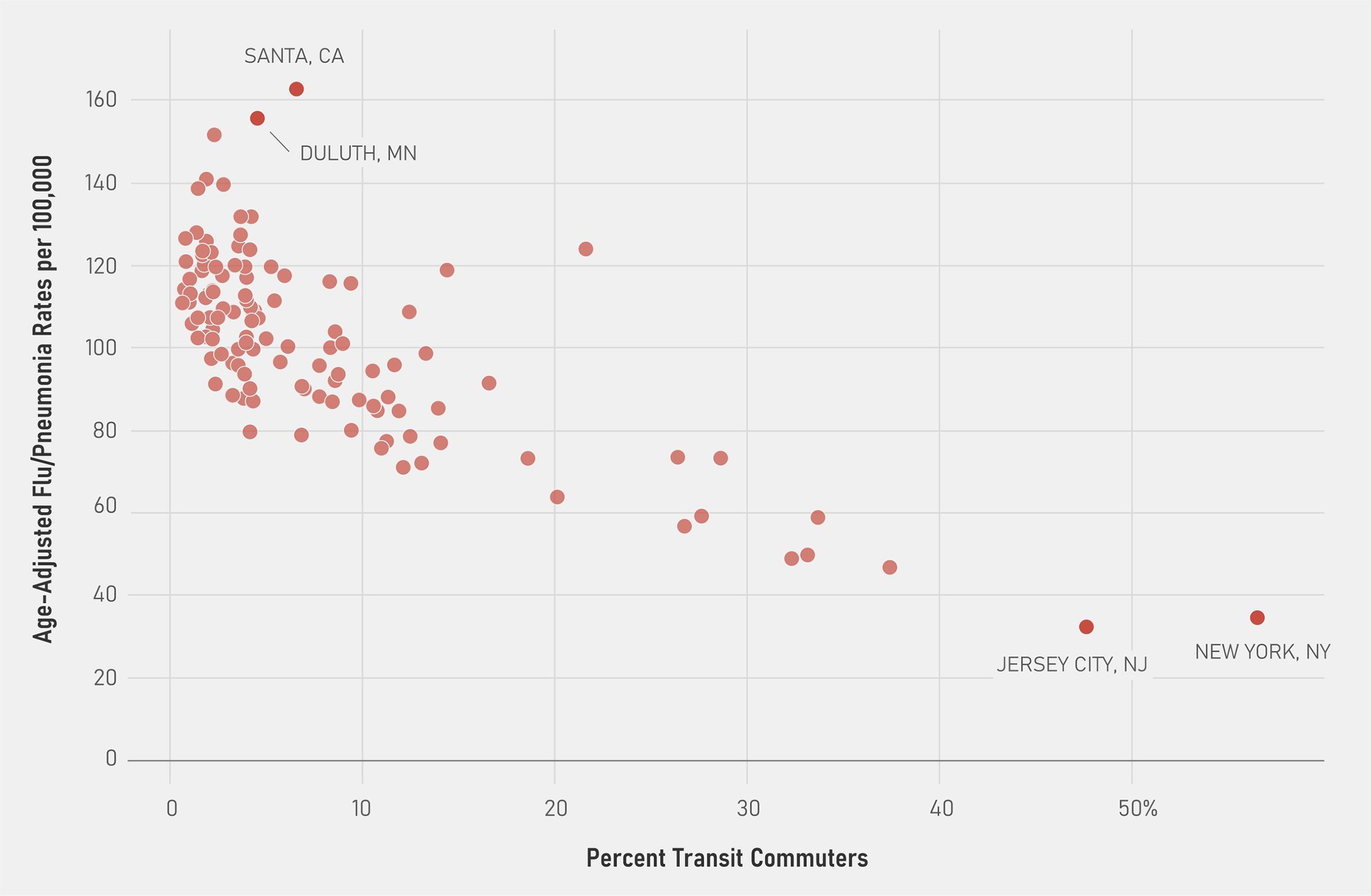