Ridership on the New York City Subway has grown drastically in the last four decades, from 966 million in 1975 to 1.7 billion in 2015; at the Times Square subway station alone, rides increased by 29 million. This explosive growth in usage demonstrates the system’s importance to both the city and region. New York City’s 24-hour subway promotes a dynamic economy, livability, and connectivity giving residents access to economic opportunities and a quality of life that is unparalleled in most world cities.

Growth in subway ridership reflects the changes in New York City. This report addresses key moments in the City's history affecting subway ridership, including the high homicide rate in the 1980s, introduction of the MetroCard, attacks of September 11, 2001, Financial Crisis of 2008, and peak tourism numbers in 2010-2015.

The health and continued growth of the subway system is critical to New York City’s future, and must be maintained and upgraded to reflect New Yorkers’ increasing reliance. Recommended system upgrades are included in this report. 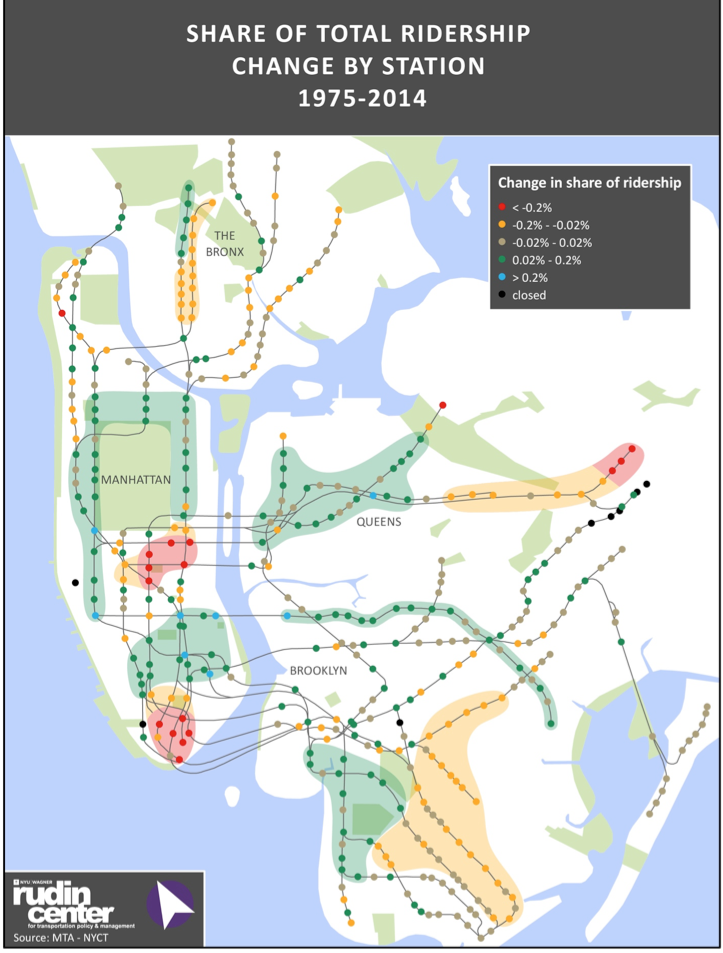