Uses and Abuses of Value Capture for Transit

With the New York State Fiscal Year 2019 Executive Budget proposal to include a “value capture” mechanism for financing transit, an obscure and highly technical subject suddenly has generated considerable attention. This report explores the purpose of, and issues created by value capture generally, and by the current proposal. What is “value capture?” What are its uses? Has it ever been used successfully before in New York City?

Much of the favorable attention transit experts give to value capture stems from the Hong Kong model. In Hong Kong, the rail operator, MTR, builds rail lines financed through the profits from development above stations and depots along the route.1 Hong Kong has unique characteristics that facilitate this model, particularly its high density and scarcity of developable land, which make the rail right-of-way development particularly profitable. New York City used a similar strategy to finance the extension of the #7 subway to Hudson Yards in Manhattan.

While value capture has in the past successfully provided new revenue for the Metropolitan Transportation Authority’s capital projects, the current proposal does not build successfully on past achievements. Rather, it diverts New York City’s largest and most stable tax source in a manner that could affect the City’s fiscal stability and limit the productive ways that the City has used value capture to funnel funding generated by private real estate development to the MTA. 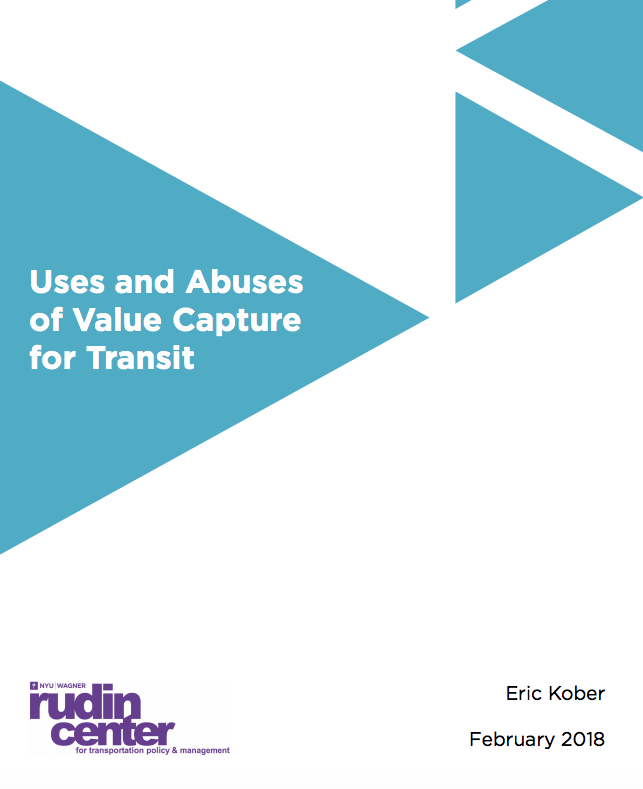