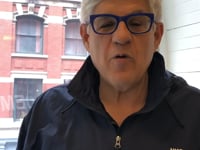 Professor Mitchell L. Moss, Henry Hart Rice professor of urban policy and planning and director of the Rudin Center for Transportation, has been described as a "New Yorkologist" by The New York Times. In 2019, Professor Moss was appointed by Mayor de Blasio to serve on the mayor's expert panel on the Brooklyn Queens Expressway Project; in 2017, he was appointed by Governor Andrew Cuomo to serve on the "FIX NYC" advisory group to identify ways to raise revenue for mass transit; and in 2001, he served as an adviser to Mayor Michael R. Bloomberg during his first campaign. ⁣
⁣