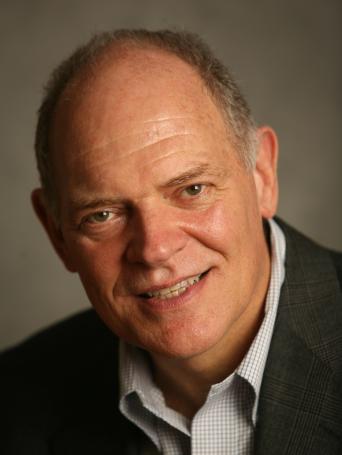 John Donnellan has a long association with Wagner, having received his MPA from the school in 1984 and serving as an adjunct faculty member since 2006.

Professor Donnellan recently retired from a forty year career in Federal Service, thirty-seven of which were spent serving veterans in the Department of Veterans Affairs.  In 1991 he was appointed as Director of the Manhattan VA Medical Center, and in 1999 he successfully integrated the Brooklyn, St. Albans (Queens) and Manhattan VA facilities into the newly formed VA New York Harbor Health Care System, providing a continuum of medical care to veterans in Manhattan, Brooklyn, Queens, and Staten Island.

Throughout his VA career Professor Donnellan served the Department of Veterans Affairs as a member of numerous national work groups and committees on VA Healthcare Policy.  He also chaired the NY/NJ Veterans Healthcare Network Council for Geriatrics and Extended Care Services. In that capacity, he worked to improve home and community based services for veterans with chronic and palliative care needs. Additionally, he served the larger federal community in New York City as a member and Chairperson of the New York Federal Executive Board.  For his leadership as a federal executive he was awarded the President's Distinguished Senior Executive Rank Award (1999) and the President's Meritorious Senior Executive Rank Award (1996, 2002, 2008).

Professor Donnellan is a Fellow in the American College of Healthcare Executives. He has long been a preceptor for graduate students completing administrative residencies/fellowships in health care administration.  In 1998 he was recognized by Veterans Health Administration with the "Outstanding Preceptor Award" for his contributions to administrative residents and fellows and to VA's Graduate Healthcare Administration Training Program.  In 2001 he was recognized for his contributions to VA Nursing with the "Secretary of Veterans Affairs Award for Advancement of Nursing Programs."

As part of the core curriculum of the NYU Wagner Masters program, Capstone teams spend an academic year addressing challenges and identifying opportunities for a client organization or conducting research on a pressing social question. Wagner's Capstone program provides students with a centerpiece of their graduate experience whereby they are able to experience first-hand turning the theory of their studies into practice under the guidance of an experienced faculty member. Projects require students to get up-to-speed quickly on a specific content or issue area; enhance key process skills including project management and teamwork; and develop competency in gathering, analyzing, and reporting out on data. Capstone requires students to interweave their learning in all these areas, and to do so in real time, in an unpredictable, complex, real-world environment.

This course aims to improve your ability to effectively manage and lead health service organizations.  We examine a range of key challenges that managers must address to optimize organizational performance, including questions of mission, vision, and strategy ("What areas or activities should we be working in?") and questions of organizational design and operations ("How can we perform effectively in this area?").

To deal effectively with these challenges, you will develop knowledge and skills in:  setting and aligning goals with the organization’s mission; handling complex trade-offs between demand for services and resource constraints; defining measures of success; improving work processes; motivating diverse stakeholders; dealing with ethical dilemmas; leading organizational change; and managing in environments in transition.  In short, the course emphasizes the multiple, related requirements of the leader/manager's job: analysis, problem-solving, and action.

Ethical behavior is good for business in any organization. In healthcare, it results in better patient care, a more committed and satisfied staff, more efficient care delivery, and increased market share. But it requires leaders who have a broad view of the role that ethics programs--and an effective, sustained ethical culture--play. Ethical organizations have integrated and shared ethical values and practices, an effective ethics infrastructure, ongoing ethics education for staff at every level, ethical and morally courageous leaders, and a culture that is consistent with the organization's values. The mission, vision, and values statements of these organizations have been successfully translated into a set of shared values--a moral compass that guides behavior and decision making.