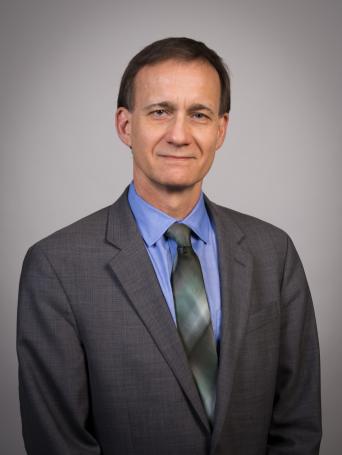 Paul Smoke, Professor of Public Finance and Planning and Director of International Programs, teaches courses on public finance, development planning, governance and development assistance in developing countries. His research and policy interests include urban and regional development and the political economy of fiscal reform and public sector decentralization. He previously taught in the International Development Program and chaired the Master in City Planning Program at MIT, and he worked as a resident policy advisor with the Harvard Institute for International Development in Kenya and Indonesia. Smoke is  a Senior Research Associate at the Overseas Development Institute (London).

The last three decades have witnessed a global proliferation of public sector restructuring, decentralization, and democratization in developing countries. Traditional development planning has adapted (unevenly) to these trends as they have unfolded. This course presents an overview of the evolution of the theory and practice of planning in developing countries with a particular focus on subnational governments. A central theme is that there are certain universal norms and processes in development planning, but the structure and performance of a planning system depend heavily on the economic, political, institutional and cultural context of a particular country. The course outlines and assesses planning models and systems, reviews approaches used by developing countries and international development agencies to support decentralization and local planning, and introduces a range of practices and tools used by local planners in developing countries. The overall focus is on how local planning systems, techniques and processes can be strategically designed and implemented to work effectively in different contexts. Detailed case studies and exercises based on them are an integral part of the course.

As part of the core curriculum of the NYU Wagner Masters program, Capstone teams spend an academic year addressing challenges and identifying opportunities for a client organization or conducting research on a pressing social question. Wagner's Capstone program provides students with a centerpiece of their graduate experience whereby they are able to experience first-hand turning the theory of their studies into practice under the guidance of an experienced faculty member. Projects require students to get up-to-speed quickly on a specific content or issue area; enhance key process skills including project management and teamwork; and develop competency in gathering, analyzing, and reporting out on data. Capstone requires students to interweave their learning in all these areas, and to do so in real time, in an unpredictable, complex, real-world environment.

Only open to Executive MPA students.

This course exposes students to contemporary thinking about institutions, governance and the reinvention of the public sector. We focus on specific reforms intended to improve government performance and promote good governance as rapid economic, political and social changes-both global and local-- evolve in different countries at various stages of development. Major topics include establishing and enhancing rule of law, property rights, and regulatory regimes; developing more effective organizational structures, civil service systems and anti-corruption mechanisms; and creating and enhancing frameworks and policies for public sector fiscal management, decentralization, public-private partnership and citizen engagement. As we work through the topics, we consider competing theoretical perspectives and empirical evidence. An underlying theme is the need to go beyond the mainstream tendency to use pre-packaged tools and narrow frameworks in pursuit of single "right" answers. Rather, the course uses diverse case material to challenges students to use rigorous and creative analysis to seek levers of change that matter and are feasible in particular contexts.

Only open to Executive MPA students.

This course provides students with foundational analytical tools that facilitate their ability to understand the interactions among various interests, institutions, ideas and individuals in the policy-making process. It prepares students to disentangle the dynamics of power and politics throughout the policy process at three distinct levels: at the national level in the U.S. and other OECD countries, in the "developing" country context, and at the transnational level. We examine the dynamics of agenda-setting, framing, the role of analysis and evidence in the policy process and the rise of "evidence-based" policy; the role of deliberation and transparency; insights from behavioral economics and social psychology on regulation and incentives; how social movements and advocacy organizations influence the policy process; the role of street-level bureaucrats; and the relationship between evaluation, learning, and policy change. The emphasis throughout is on mixing the development of conceptual and analytical tools with diverse, context-rich case studies and classroom exercises aimed at developing a real world proficiency in policy analysis.

Many developing countries have been significantly reforming the scope and organization of the public sector in recent years. This course critically examines the changing structures and operations of government fiscal systems in developing countries, with particular emphasis on the growing trend to strengthen sub-national levels. Major topics include: understanding broader national fiscal reform processes; determining an appropriate division of fiscal responsibilities among levels of government; evaluating mechanisms for decentralized government revenue mobilization; and, assessing prospects and options for pursuing decentralization and intergovernmental fiscal reform. The course focuses on economic analysis, but attention is also given to political, institutional and cultural considerations that are critical for effective policy design and implementation.

Paul Smoke. Why Theory and Practice are Different: The Gap Between Principles and Reality in Subnational Revenue Systems. In Richard Bird and Jorge Martinez Vazquez, eds. Taxation and Development: The Weakest Link. (Cheltenham, UK and Northampton, MA: Edward Elgar, 2014).
Abstract

Ensuring adequate subnational revenues is a core concern of fiscal decentralization. Available empirical evidence suggests that subnational revenue generation in developing countries rarely meets needs and expectations, even where conventional advice has been or seems to have been followed. Are mainstream principles inappropriate, or are they just poorly applied? This chapter argues that both factors are often at play. Basic principles can be challenging to use, ignore certain critical factors, and say nothing about implementing the often demanding reforms they call for. The chapter outlines and illustrates common factors and dynamics at play and suggests how policy analysts might use and move beyond the mainstream principles to define more pragmatic and sustainable paths to subnational revenue reforms.

Uganda was long considered one of the most successful cases of public sector devolution in the developing world. The post-conflict national government began robust empowerment of local governments in the early 1990s. The drive for reform emerged largely from domestic political forces with little involvement of the external donor agencies that have often promoted decentralization in countries with similar development profiles. Two decades after this highly touted reform began, the system has severely deteriorated on almost every aspect by which decentralization is usually judged. This chapter documents the economic, political and social dynamics that led to the rise of decentralization and also laid the foundation for its decline. The chapter concludes by suggesting possible future scenarios for the intergovernmental system in Uganda and drawing potential lessons for other countries considering such bold reforms.

The trend toward greater decentralization of governance activities, now accepted as commonplace in the West, has become a worldwide movement. Today s world demands flexibility, adaptability, and the autonomy to bring those qualities to bear. In this thought-provoking book, the first in a new series on Innovations in Governance, experts in government and public management trace the evolution and performance of decentralization concepts, from the transfer of authority within government to the sharing of power, authority, and responsibilities among broader governance institutions.

The contributors to Decentralizing Governance assess emerging concepts such as devolution and capacity building; they also detail factors driving the decentralization movement such as the ascendance of democracy, economic globalization, and technological progress. Their analyses range across many regions of the world and a variety of contexts, but each specific case explores the objectives of decentralization and the benefits and difficulties that will likely result.

Although decentralization and reactions against it have become increasingly important policy trends in developing countries, the study of this nearly ubiquitous phenomenon has been largely fractured across academic disciplines, geographic regions, and the academic-practitioner divide. The contributors to this edited volume begin to cross some of these constraining, artificial boundaries. Considering decentralization from an interdisciplinary, historical, and comparative perspective, they collectively explore why it has evolved in particular ways and with varied outcomes.

In addition to taking an atypically comparative perspective, the volume highlights the importance of an historical analysis of decentralization and links this to institutional and public policy outcomes. Placing decentralization in this context illustrates why it has taken dissimilar shapes and produced varying results over time in different countries. This in turn helps to clarify the types of institutions and conditions required for the development and survival of decentralization, paving the way for more creative thinking and informed policymaking. The countries covered include: Cambodia, China, India, Indonesia, Vietnam, Bolivia, Argentina, Mexico, Peru and Brazil.

Students and scholars of economics, political science and development will find the policy and theoretical discussions enlightening. The volume will also prove useful to policymakers and development institutions confronting issues of decentralization.

In recent years, developing countries under fiscal pressure have increasing recognized significant weaknesses in their intergovernmental mechanisms for financing local infrastructure. Many countries are in the process of rationalizing poorly coordinated and subjectively allocated grant systems as well as loans. Such efforts, however, are typically undertaken independently of each other, often providing conflicting incentives for local fiscal behavior. I argue that the reform of grant and loan mechanisms should be explicitly linked to improve the overall effectiveness of the infrastructure finance system. The potential complications involved in designing grant-loan linkages, however, are considerable. I illustrate some key issues by examining the water sector in Indonesia, concluding with suggestions for how to think about creating such linkages in other sectors and countries.

Reply to Beier and Ferrazzi.