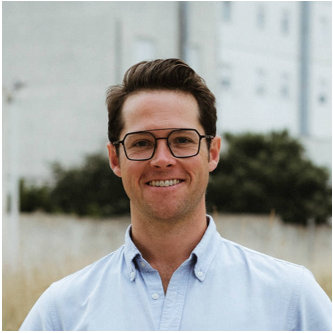 Patrick Lamson-Hall is an urban planner and a research scholar at the NYU Marron Institute of Urban Management. His research is focused on forecasting global urban growth, with a main goal of developing downscaled maps of future urban development for 200 global cities through 2050, using publicly available input data. His research and his planning practice are dedicated to addressing urban growth proactively and pragmatically in developing countries by providing simple tools for policymakers. His work has been published in the journals Buildings and Cities, Urban Studies, and Sustainability. He is an author of the Atlas of Urban Expansion: 2016 Edition, a groundbreaking and original study of the dynamics of global urban growth in 200 cities. He manages the India Urban Expansion Observatory, a 10-person satellite imagery research facility located in Mumbai, India and is a visiting scholar at the IDFC Institute in Mumbai.

He has supported urban expansion planning on the ground in developing countries as the New York-based coordinator of the Ethiopia Urban Expansion Initiative, a project to implement long-term spatial plans in 18 Ethiopian cities and as the coordinator of the Cities and Migration urban expansion programme of the Cities Alliance. He is also interested in urban planning for climate resilience and from 2018 - 2020 was the coordinator of the Climate Smart Cities: Grenada program, a collaboration with the Green Climate Fund to build climate resilience in the urban centers of small island developing states. He is the principal and founder of Fitted Projects, an urban planning and design consultancy for charter cities and special economic zones, which has supported new urban development projects on the ground in Latin America.

Mr. Lamson-Hall holds a Master’s Degree in Urban Planning from the NYU Wagner School of Public Service and is currently a PhD candidate at the Wagner School. In addition to his work at NYU, he has contributed to the crafting of SDG 11.3.1 as an expert urban planner, has collaborated with UN-Habitat on the writing of a methodology for the measurement of public open space for SDG 11.7.1, and has developed new techniques for the evaluation of cities from space using high-resolution satellite imagery. His work on historical urban densities is featured in the permanent exhibit of the Museum of the City of New York, and his research has been published in the Economist and National Geographic. He is from Eugene, Oregon and lives in Newark, New Jersey.