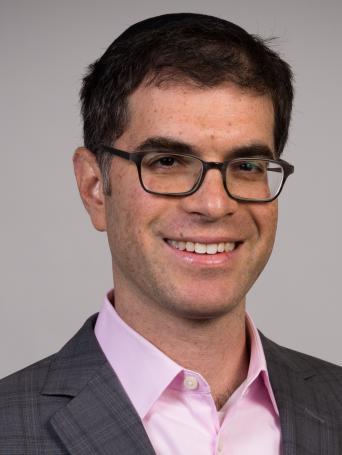 Rabbi Yehuda Sarna serves as the University Chaplain and Executive Director at the Bronfman Center for Jewish Student Life at New York University. He is a Senior Fellow at the Of Many Institute for Multifaith Leadership at NYU, where he designs educational experiences and curricula to train the next generation in interfaith action.

Rabbi Sarna was one of the principal subjects of Chelsea Clinton's 2014 documentary, Of Many, which premiered at the Tribeca Film Festival and aired nationally on ABC in 2017. The documentary is utilized as a teaching tool for universities and high schools around the country seeking to establish norms of religious and spiritual diversity within their institutions. The Of Many Institute designed an award winning training module, Faith Zone, to train university students, staff and administrators in religious literacy. Rabbi Sarna was appointed to the Muslim Jewish Advisory Council, a project of the American Jewish Committee and the Islamic Society of North America, to lobby for legislation increasingly vigilant of hate crimes.

Within the Jewish community, Rabbi Sarna is known for his innovative disposition in launching new initiatives. In 2007, he started the Jewish Learning Fellowship, a ten-week course in Jewish thought for college students, which has since been replicated on dozens of campuses. In 2010, he helped develop the Jewish Disaster Response Corps (JDRC) which mobilizes the American Jewish community to provide direct support to communities recovering from natural disasters. In 2016, the Bronfman Center incubated Knock Knock Give a Sock, a student led initiative to break the stigma of homelessness which has since launched as an independent venture.

Rabbi Sarna has recognized for his outward looking and innovative approach. He was awarded the Richard M. Joel Exemplar of Excellence from Hillel International in 2008 and was the honoree at the Orthodox Union/Jewish Learning Initiative on Campus Awards Dinner in 2009. In 2009, he was listed as one of“36-under-36 Change-makers” by the New York Jewish Week.

He is the editor of The Koren Shabbat Evening Siddur (2011) and Orthodox Forum Series: Toward a Jewish Perspective on Culture (2013). Rabbi Sarna is married to Dr. Michelle Waldman Sarna, a psychologist, and they have six children.

The Bronfman Center for Jewish Student Life at NYU