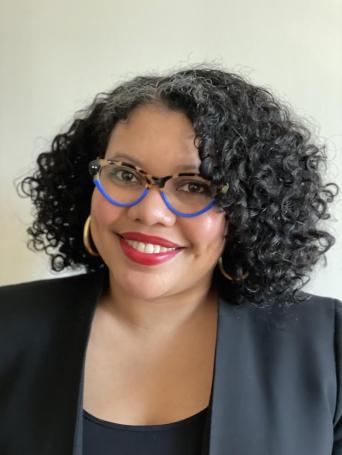 Judy Pryor-Ramirez is a Clinical Assistant Professor of Public Service and the Director of the Executive Master of Public Administration Program. Her teaching and research examine the leadership of nonprofit, social justice movement building, and public leaders using race, gender, and class analyses. Judy engages in qualitative methodologies and specializes in community-based participatory action research. Dedicated to enabling transformative possibilities, Judy centers justice and equity in her teaching, practice, and research.

Prior to Wagner, Judy served as the assistant dean and faculty member in leadership at the Bard College MBA program in New York City where she taught courses on antiracist leadership and personal leadership development. Before that, she was a research and organizational development consultant for New York City nonprofits and institutions like The Laundromat Project, The Worker Institute, Bronx Children’s Museum, and the Robert Sterling Clark Foundation among others.

Before consulting, Judy spent fifteen years leading strategic civic engagement and social justice initiatives at The New School, Emerson College, and the University of Richmond. As a result of her leadership, she was selected to serve on the national advisory board member of Imagining America where she led the nominations process resulting in increased racial/ethnic diversity on the board. Her career began in local and state government as a policy analyst for New York City Council and the New York State Education Department during the Bloomberg and Pataki administrations.

Judy has contributed essays to Public Seminar, a journal of ideas, politics, and culture, and has co-authored digital curriculum projects for Brooklyn Historical Society, Emerson College, and Drew University on topics related to race/ethnicity, Black women's contributions in the arts and media, and community-based participatory action research respectively. In addition to writing, Judy is a master process facilitator and pedagogy trainer where she draws upon her training by Rockwood Leadership Institute, Emergent Strategy Ideation Institute, and Liberating Structures as well as her scholarly research in women of color feminist scholarship, critical race theory, and transformative learning theory. Since 2012, she has taught, advised, and mentored undergraduate and graduate students at The New School, The College of Mount Saint Vincent, Drew University, and Bard College. Judy holds an MA in Sociology and Education from Teachers College, Columbia University, and a BA in Communication from George Mason University.

This course is appropriate for students interested in the role that leadership plays in advancing social innovation and social change in the context of democratic governance.

The course explores the role of leadership in organizational efforts to change thinking, systems, and policies—taking into consideration the contested process by which the responsibility of addressing intractable problems is distributed among key diverse actors in a shared-power world. Traditional approaches to leadership defined by single heroic individuals who influence followers are contrasted with new perspectives—consistent with the demands of today’s complex problems—particularly when we aspire to inclusive, transparent and democratic solutions. Emergent perspectives reveal leadership as the collective achievement of members of a group who share a vision, and who must navigate the constellation of relationships, structures, processes and institutional dynamics within the larger system in which they are embedded.

The course will focus primarily on the organizational level of action, but connections to the individual and policy levels will also be explored. An opportunity to apply course concepts in the context of a particular organization of the student’s choice (with instructor approval) will deepen and personalize the student’s understanding of the interconnections between the three levels of action, and challenge assumptions about leadership and social change and their implications for practice.